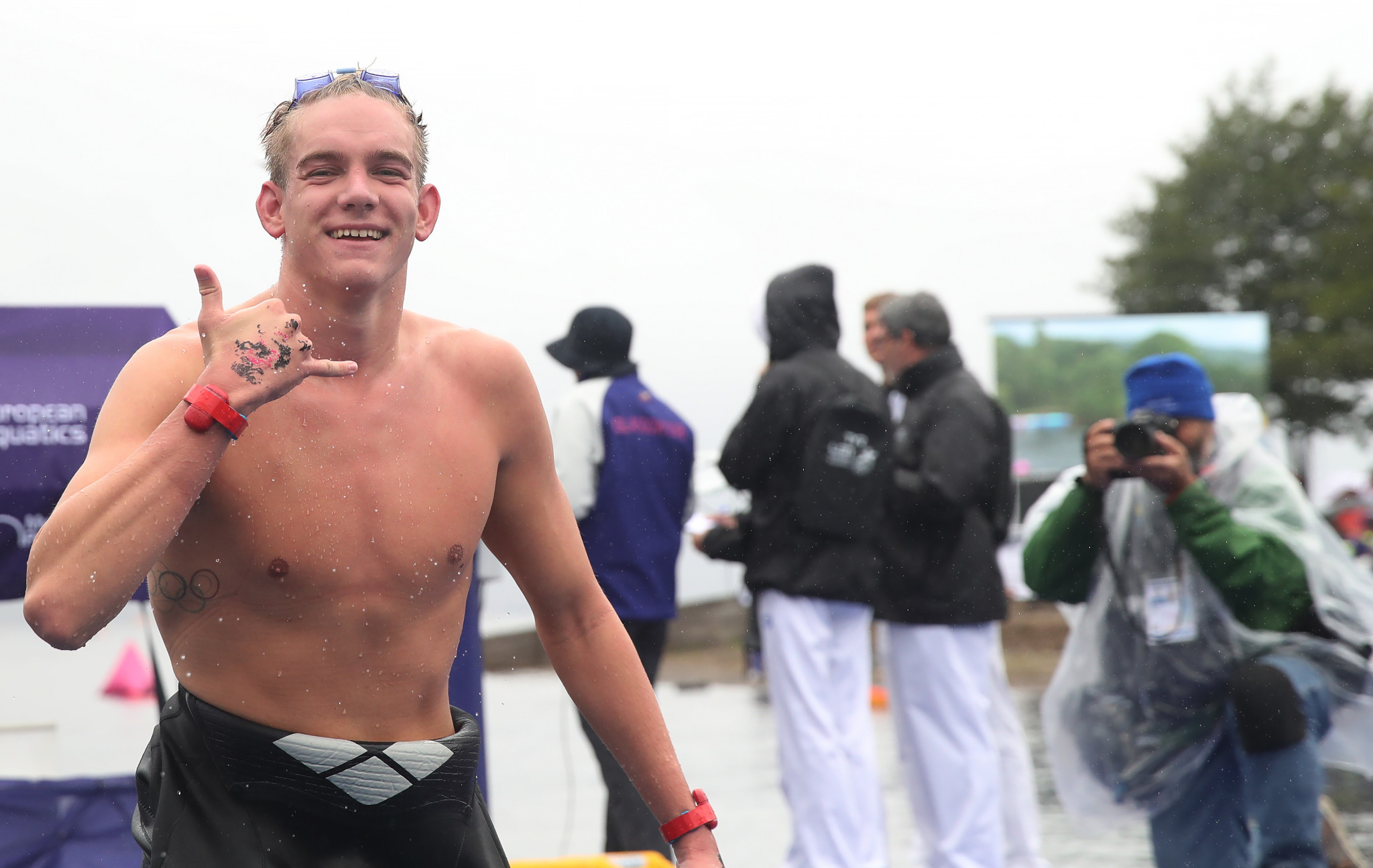 Kristof Rasovszky led from the front as he clinched a home gold medal at the fourth leg of the International Swimming Federation Marathon Swim World Series in Balatonfüred.

The Hungarian, who lives just 20km from the venue and swims for Balaton Swimming Club, stormed away from the field in the closing stages as he sealed a first podium in Lake Balaton.

Rasovsky, who has won five titles in the past two seasons of the World Series, went out strongly this morning and was sitting among the leaders before a monster last lap saw him triumph by 6.5 seconds.

He reinforced his position at the top of the Series leaderboard with a third podium from four legs.

Olympic and world champion Ferry Weertman from the Netherlands was second and Germany's Soren Meissned finished a further 3.3 seconds adrift to take bronze.

Rasovszky had laid his ambitions on the line in declaring a podium in Hungary among his ambitions for the season, and he was delighted to tick it off the list.

“Everything went according to my plans, even the other guys helped somewhat," said Rasovszky.

“I swam ahead at the beginning to set the pace and found out the others had tried to follow me, which was good news, since my race tactics were tailored for me and no one wanted to challenge this.

"So when I geared up for the finish, no one could come with me.”

Brazilian Ana Marcela Cunha clinched a thrilling victory to extend her lead at the top of the women's standings.

With none of the field escaping the pack, half a dozen swimmers rushed towards the finish line and the top three came home within 1.8 seconds of each other.

Like Rasovszky, the victory marked a third win in four legs for Cunha, who also claimed the 2015 and 2018 honours in Balatonfüred.

The World Series will resume in Canada in July.