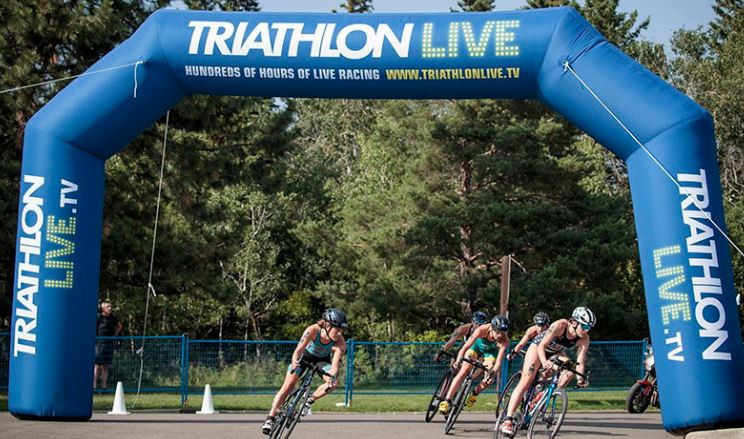 Torrential rain has forced the International Triathlon Union to hold the World Mixed Relay Series event in Nottingham as a duathlon.

Atrocious weather conditions have seen trees damaged and roads flooded across the Midlands, leaving organisers with no option but to cancel the swim.

The race will now take on a run-bike-run format and teams will receive 75 per cent of the ranking points on offer under ITU rules.

The United States is set to defend its 2018 Nottingham title after a team of Kirsten Kasper, Eli Hemming, Katie Zaferes and Matthew McElroy finished 29 seconds clear of Britain.

At the Series opener in Abu Dhabi, United Arab Emirates, the US had to settle for silver, finishing five seconds behind Australians Ashleigh Gentle, Luke Willian, Emma Jeffcoat and Jacob Birtwhistle.

Teams for tomorrow's event can be changed up to two hours before the race begins but a quick US team is expected to include Tamara Gorman, Renee Tomlin, Tony Smoragiewicz and William Hauffman.

The Australian team of Jeffcoat, Ryan Fisher, Natalie Van Coevorden and Matthew Roberts will target a second consecutive win but strong competition will be found in hosts Britain, while world champions France will bid for a podium finish.

The British team is expected to include Alex Yee and Georgia Taylor-Brown, a World Triathlon Series (WTS) winner in Leeds last weekend.

The start list features 14 teams and ranking points towards Olympic qualification will be up for grabs as the mixed relay is set to make its debut at Tokyo 2020.