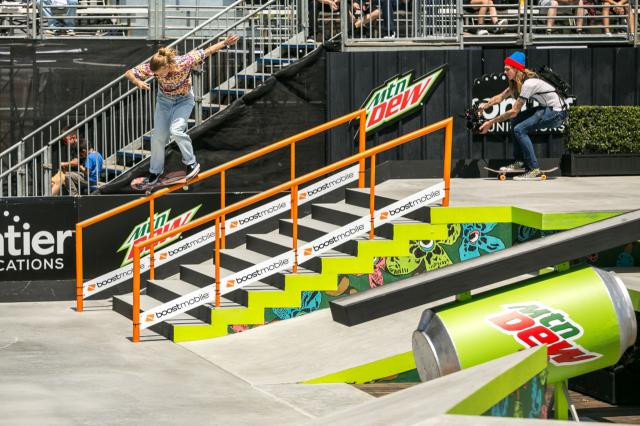 Misugu Okamoto was the best-performing qualifier for the women’s park final on day one of the Dew Tour Long Beach event, a qualifier for skateboarding’s Olympic debut at Tokyo 2020.

Okamoto scored a total of 61 points at Long Beach Convention Center to finish 15 ahead of nearest challenger Brighton Zeuner of the United States.

Completing the top three was Japan’s Sakura Yosozumi with 45.03 points.

The five other qualifiers for the final, due to take place on Sunday (June 16), were the US’s Bryce Wettstein, Finland’s Lizzie Armanto and the Japanese trio of Mami Tezuka, Kisa Nakamura and Kokona Hiraki.

Ten-year-old Briton Sky Brown, who is among a team of five skateboarders benefitting from UK Sport's Aspiration Fund award to help them try to qualify for Tokyo 2020, failed to make the cut after ranking 12th.

In the women’s street quarter-final, the Netherlands' Candy Jacobs led the list of 12 qualifiers with 46.13 points.

Japan’s Momiji Nishiya finished second with 45.60 points, while the US's Alana Smith was third with 42.73.

American Jagger Eaton was the best of the dozen qualifiers for the men’s street semi-final with 81 points.

The women’s street semi-final is scheduled to be held tomorrow, while the men’s equivalent is set for Saturday (June 15).

Both finals are due to take place on Sunday.