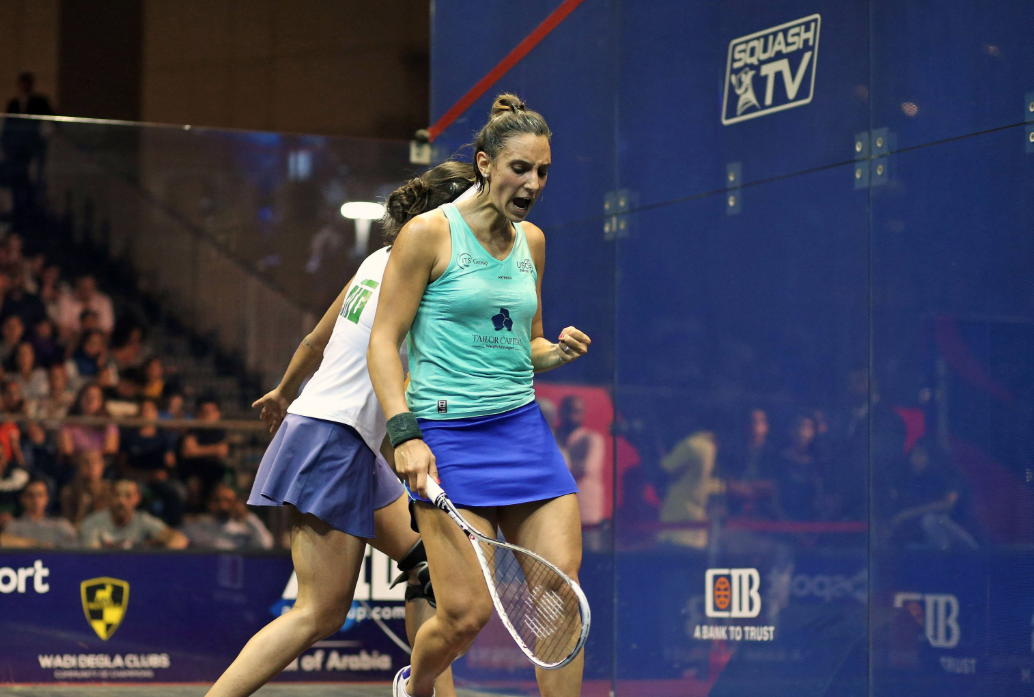 France’s Camille Serme will be the only non-Egyptian to appear in the title deciders of the Professional Squash Association World Tour Finals after she battled past world number four Nouran Gohar at the season-ending event in Cairo in Egypt.

The 30-year-old from Créteil will be the first female French player to appear in the finals of this tournament having ended a four-match losing streak to Gohar to win 20-18, 11-9 in an enthralling affair in Mall of Arabia.

A crucial victory in a mammoth first game laid the foundations for her progress, setting up a meeting with world number one and two-times runner-up Raneem El Welily.

“I feel over the moon,” said Serme.

“I’m just so happy because Nouran has been playing really well in the past few months.

“In El Gouna and at the British she beat me quite comfortably and I was happy today that I found some good solutions.

“It’s funny to play against Raneem again as we played in the pool matches.

“I can have a second chance in the same tournament, so I’m just going to enjoy it and give it my all.”

El Welily remains undefeated in the tournament after she followed up a first-place finish in Group A with an 11-9, 9-11, 11-1 victory over world number five Nour El Tayeb.

“I’m glad with the way I fought in the second [game],” El Welily said.

“I came all the way back to 10-9 and couldn’t quite make it, but it made a difference somehow.

“So I’m very happy to come out as the winner.”

There will be a new name on the trophy in both the men’s and women’s events.

The 27-year-old Gawad prevailed 2-0, a matter of days after getting married.

“It’s very unexpected, getting married on Friday and now being in the final of the World Tour Finals," Gawad said.

"When you’re married on the Friday, you don’t expect too much to do at the tournament and you don’t want to go on court.

“But once you get on court and see everyone cheering for you, it gives you a lot of power.”

World Tour Finals debutant Abouelghar battled back from a game down to beat Momen 2-1, finally earning victory over his rival at the 10th attempt.

The finals, which are due to take place tomorrow, will revert to the traditional best-of-five games format.