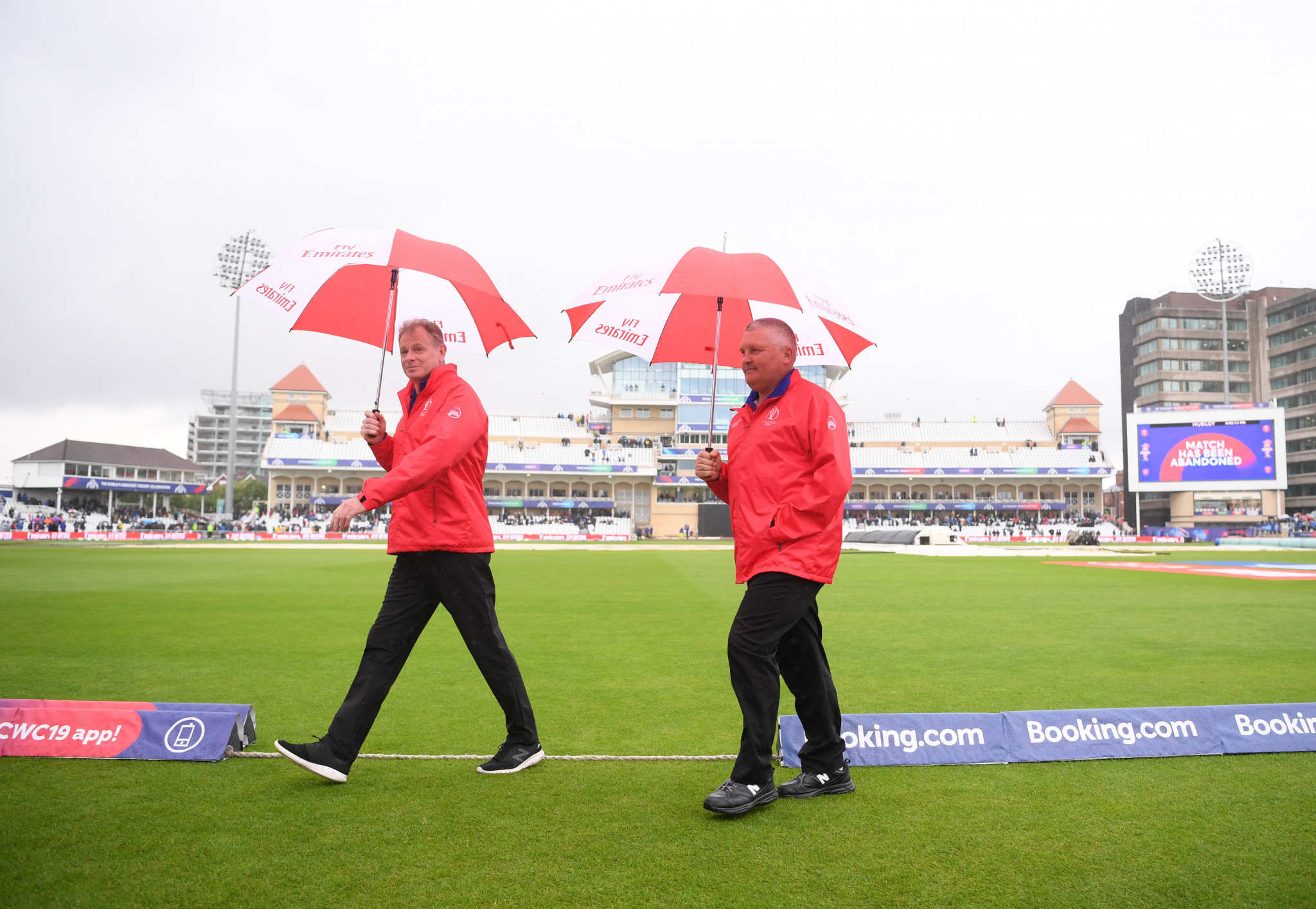 India's match with New Zealand in the International Cricket Council (ICC) Cricket World Cup was called off due to rain.

The wet weather at Old Trafford in Manchester meant no play was possible and both sides receive a point in the group stage.

It means both teams retain their unbeaten records at the World Cup – New Zealand had won their three matches prior to Thursday (June 13), while India were victorious in both of their opening fixtures.

A point moves New Zealand top of the 10-team group, ahead of Australia, while India are now third – the top four sides qualify for the semi-finals.

This is the fourth match at this World Cup to yield no result due to rain, double the previous record at the tournament, when two games were abandoned in both 1992 and 2003.

This has led to criticism over the lack of reserve days for group matches, but outgoing ICC chief executive David Richardson said scheduling back-ups for every game would be too difficult and added that it was not reasonable to put plans in place for "extremely unseasonable weather" at the time of year.

The south east of England saw just two millimetres of rain in June 2018, but 100mm fell in 24 hours this week, he said.

"Factoring in a reserve day for every match at the Cricket World Cup would significantly increase the length of the tournament and, practically, would be extremely complex to deliver," Richardson said.

"It would impact pitch preparation, team recovery and travel days, accommodation and venue availability, tournament staffing, volunteer and match officials availability, broadcast logistics and very importantly the spectators who in some instances have travelled hours to be at the game – and there is also no guarantee that the reserve day would be free from rain either."

Should the weather permit, hosts England are due to face West Indies in the next tournament match on Friday (June 14) at the Hampshire Bowl in Southampton.