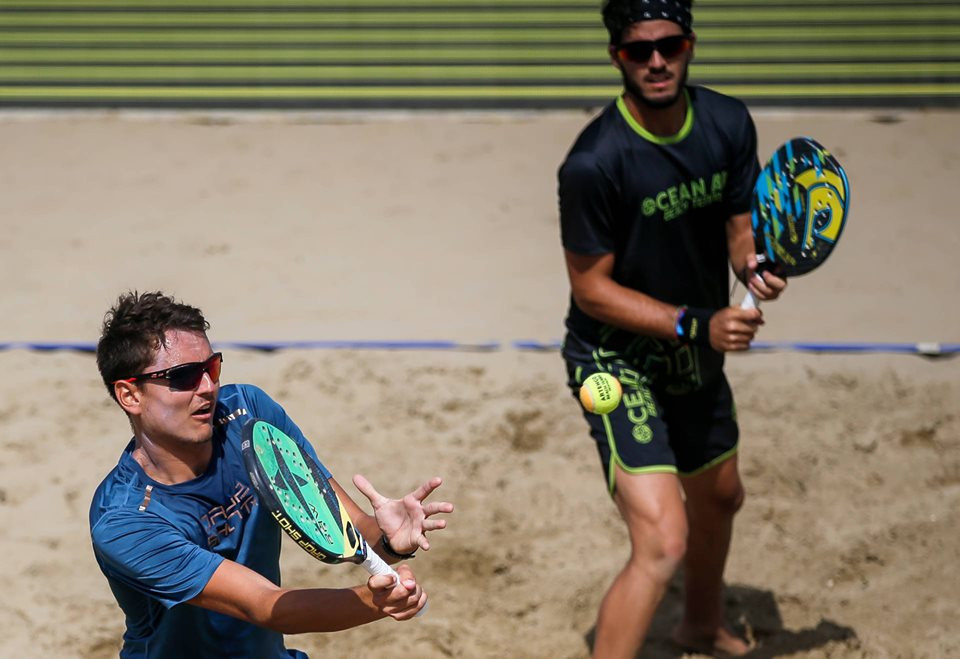 The top seeds in the men's and women's doubles at the International Tennis Federation (ITF) Beach Tennis World Championships eased through their first-round matches with minimal trouble – but one half of last year's men's champions is already out.

Spain's Antonio Miguel Ramos Viera, one half of last year's champions with Mikael Alessi, is also through alongside new partner and Frenchman Nicolas Gianotti.

Despite coming through as one of the four qualifying pairs, Viera and Gianotti are seeded sixth, and showed why as they defeated Nikolai Gurev and Ivan Syrov, both of Russia, 6-2, 6-2.

Alessi, however, bit the dust in the opening round.

Seeded fourth alongside fellow Italian Luca Carli, they were dumped out in straight sets by compatriots Alessio Chiodioni and Mattia Spoto, 6-2, 6-2.

Second seeds Alessandro Calbucci and Michele Cappelletti, both from Italy, had to wait until the evening to get their campaign started, but made up for lost time by beating Latvian Maksimilians Niklass Andersons and Italian Paolo Tronci 6-1, 6-2 in 45 minutes.

In the women's doubles, it was a straightforward task for the number one pair, Italians Sofia Cimatti and Giulia Gasparri – the latter the reigning champion from 2018 with Federica Bacchetta – who beat Dutch team Roosmarie De Hart and Martine van Woudenberg 6-1, 6-1.

The women's second seeds were even more ruthless – Flamina Daina and Nicole Nobile, also of Italy, took only 32 minutes to see of Manuel Cunha of Portugal and Serbia's Nina Djordjevic, 6-1, 6-0.

Russian sixth seeds Daria Churakova and Irina Glimakova are out in round one, however, beaten by Italian Maddalena Cini and Katarina Palenikova of Slovakia, 6-1, 4-6, 6-2.

Competition continues on Thursday with the second round of the men's and women's doubles.