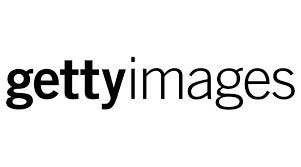 Getty Images and the International Paralympic Committee (IPC) are to extend their partnership agreement, which sees the visual media company serve exclusively as the official photographic agency and official imagery supplier to the IPC.

The partnership, which began 15 years ago, will be extended through to 2028 with Getty Images delivering increased coverage of the Summer and Winter Paralympic Games, as well as a number of other major Paralympic sporting events.

As well as granting the IPC access to their extensive digital content archive of Paralympic Games and sport event imagery, Getty Images will provide National Paralympic Committees and International Federations access to coverage during the Paralympic Games for editorial use.

The inaugural agreement between Getty Images and the IPC was signed in 2004 before that year’s Paralympic Games in Athens.

"We are delighted to renew our long-standing partnership with the IPC through to the 2028 Paralympic Games in Los Angeles," Ken Mainardis, Getty Images' global head of content, said.

"Ever since we first became a partner to the International Paralympic Committee in 2004, we have been dedicated to capturing phenomenal moments from the event.

"We look forward to continuing to highlight the values and achievements of the Paralympics to the widest possible audience via our unparalleled global distribution platform."

Craig Spence, the IPC’s chief marketing and communications officer, said: "We are extremely pleased to announce the extension of our long-standing partnership with Getty Images as the official photographic agency of the IPC.

"Getty Images has been a vital partner of the Paralympic Movement, spreading the fantastic achievements of our athletes to media organisations worldwide.

"The new agreement will offer all participating National Paralympic Committees and International Federations access to the Paralympic Games coverage for editorial use starting from Tokyo 2020.

"Our members will benefit immensely from having the chance to maximise the exposure of their athletes with pictures from some of the world’s best sport photographers."

Getty Images is the official photographer or photographic partner to more than 80 of the world’s leading sports governing bodies, leagues and clubs.