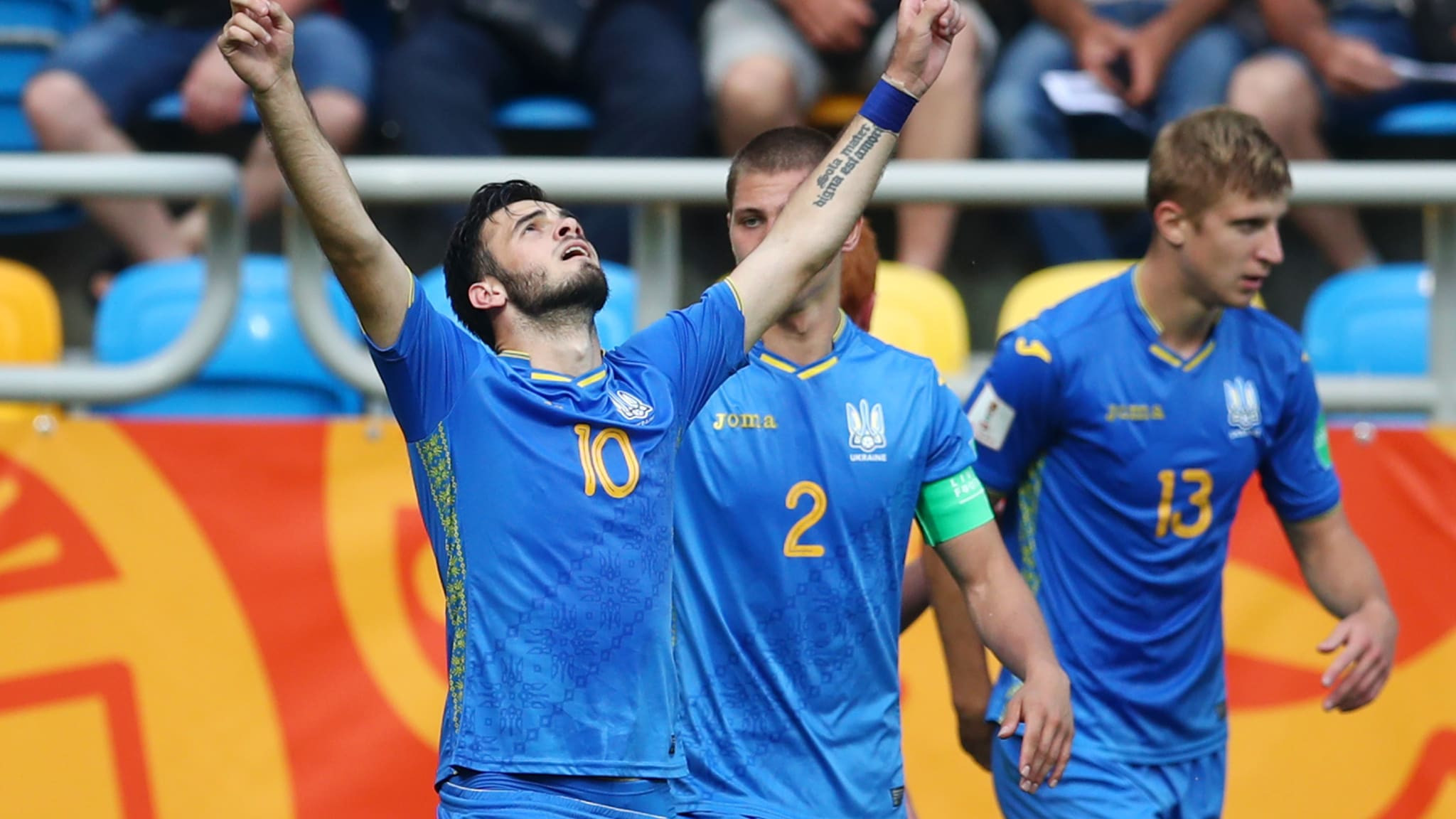 South Korea will face Ukraine in the 2019 FIFA Under-20 World Cup final in Poland.

Ukraine reached their first World Cup final despite being reduced to 10-men as they beat Italy 1-0 at Gdynia Stadium.

Serhii Buletsa was the goal hero on 65 minutes, the number 10 steering the ball in from 10 yards out after Yukhym Konoplia's low cross.

Italy had earlier had a great chance to take the lead, Andrea Pinamonti set one on one with Real Madrid goalkeeper Andriy Lunin after a superb through ball from Roberto Alberico, but the striker could only fire straight at the Ukraine number one.

Denys Popov was given his marching orders in the 79th minute, but Ukraine rallied to hold on in Gdynia.

There was stoppage time heartbreak for the Italians as Gianluca Scamacca put the ball in the back of the net, only for the video assistant referee to rule it out for a foul.

In the evening game, South Korea also won through 1-0 after a tense encounter with Ecuador at Lublin Stadium.

Another evenly matched tie was broken open on 39 minutes when Lee Kang-in played in Jun Choi to finish past Moises Ramirez.

South American champions Ecuador had more possession in the first-half, but struggled to make clear cut opportunities against a disciplined South Korean defence.

South Korea continued to repel Ukraine resolutely after the break in Lublin, with Kang-in a particularly impressive and dominant figure in midfield.

They nearly doubled their advantage when Ko Jae-hyun lashed an effort just wide, but through a huge defensive effort saw their way into the final.

Italy are set to face Ecuador on Friday (June 14) local time in Gdynia for the third place playoff, while Ukraine are scheduled to take on South Korea in the final in Lodz on Saturday (June 15).