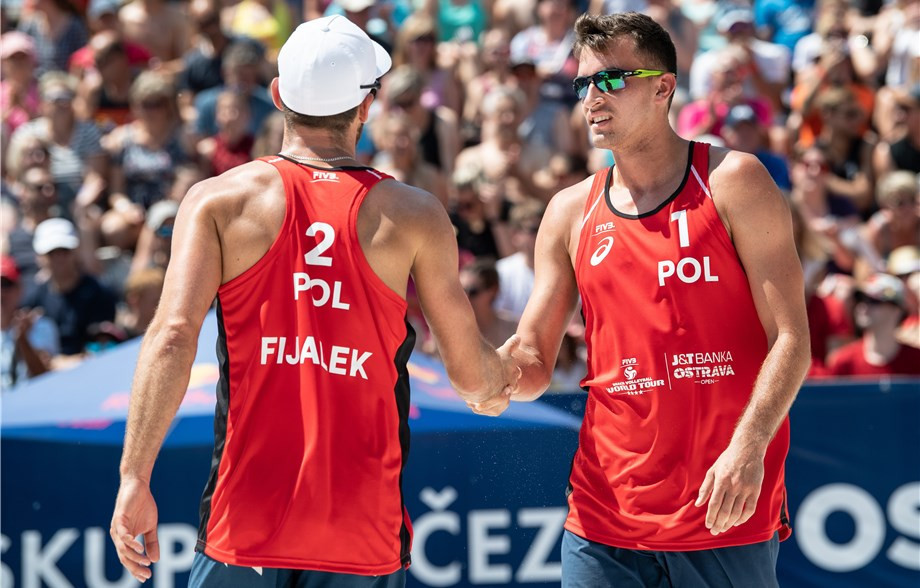 The International Volleyball Federation (FIVB) Beach World Tour is set to return to Poland for the 16th-straight season this week with a four-star event in the country’s capital, Warsaw.

It is the penultimate event on the Tour prior to the 2019 FIVB Beach World Championships, scheduled to be held in German city Hamburg from June 28 to July 7.

Headlining the field will be defending champions Piotr Kantor and Bartosz Łosiak of Poland and Heather Bansley and Brandie Wilkerson of Canada.

The members of the 2018 silver medal-winning teams are playing with new partners this season, but last year’s bronze medallists remain intact as Aleksandrs Samoilovs and Jānis Šmēdiņš of Latvia and Ágatha Bednarczuk and Eduarda "Duda" Lisboa of Brazil seek to better their finishes.

Competition at the Monta Beach Volley Club is due to run until Sunday (June 16).

The last event on the FIVB Beach World Tour to take place before the World Championships will be the one-star competition on the Greek island of Ios from Thursday to Sunday.