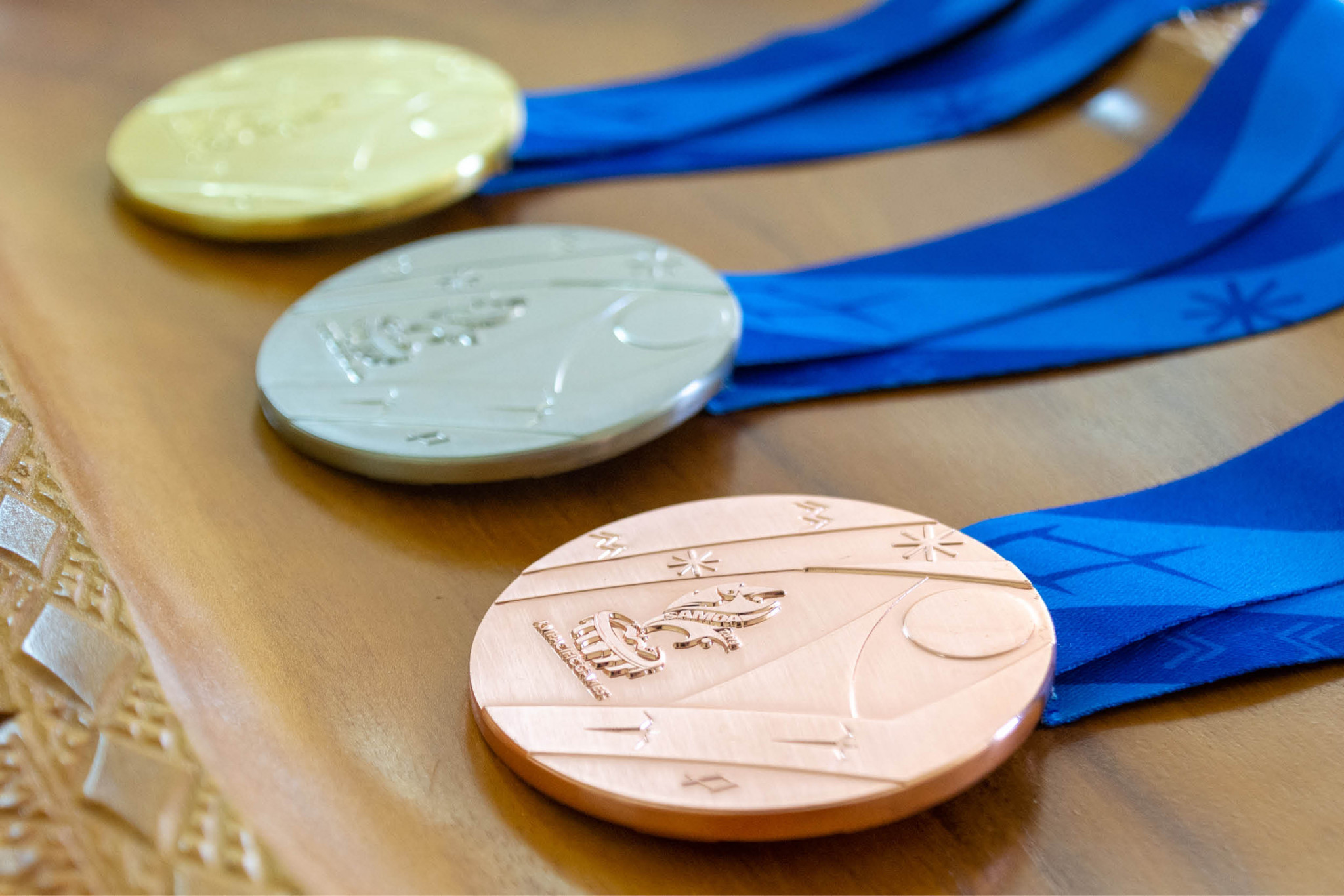 The designs for the medals to be awarded at the 2019 Pacific Games in Samoa have been released.

Each medal, gold, silver and bronze, has a flower graphic, incorporating Samoan stylised images of tava’esina - a native breed of bird - and fish.

The Pacific Games logo is on the front, with the Government of Samoa crest on the back.

It uses parts of the same design that can be seen on the clock tower of the Samoan capital of Apia, as well as on street banners throughout Upolu, at the airport arrivals hall and on Savai'i ferries.

All the medals will be handed out from wooden presentation trays hand-carved by local artisans.

"The medals incorporate traditional Samoan designs, that are used throughout our Games imagery and branding," Samoa 2019 director of branding and communications Klaus Stunzner said.

"Medallists from around the Pacific will be departing our country with a token of our culture that we hope they are proud of."

A commemorative medal was also released, which will be given to every participant at the Games - athletes, officials and volunteers - to mark the occasion.

Just over 2,300 medals will be awarded, with open water swimming being the first medal event on July 8, and the final day (July 20) having seven medal events in athletics, basketball 3x3, football, netball, touch, triathlon and volleyball.

In total, there will be 323 individual medal ceremonies, while about 5,000 athletes from 24 countries will be competing in 27 sports at venues throughout Apia in the Games due to open on July 7.