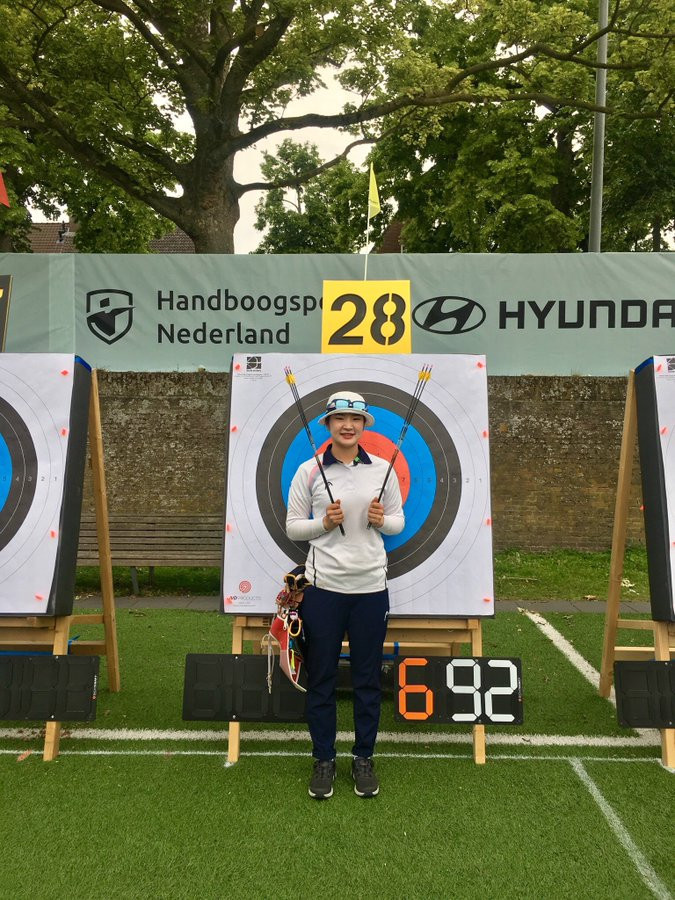 South Korea's Kang Chae-young made a promising start to her pursuit of the women's recurve title as she broke the world record in qualification at the World Archery Championships in The Netherlands.

The world number one shot a score of 692 points, one more than her previous record, to finish top of the standings on the opening day of action in s-Hertogenbosch.

Chinese Taipei's Lei Chien-Ying was second on 680, the same total recorded by China's Zheng Yichai, who was third.

Kang's team-mates Choi Misun and Chang Hye-jin also finished in the top eight on a good day for the South Korean team.

"The weather conditions were so good on the field today," said Kang.

"The first half, I got 343 points so I wasn’t expecting a high score at the end.

"But as the round continued, I was scoring very well.

"Near the end, there were many press people around me so I knew something was happening."

The sight of 200 recurve men beginning a journey after which only one will emerge world champion. 🏹👑#archery #wac2019 @archery2019 🏹🎯 pic.twitter.com/MRZVDsQz0B

It broke the previous mark by 20 points, while Lee's total was the highest he has recorded in his career.

Lee, who is competing at the Championships despite an illness scare which threatened his participation, topped the leaderboard in the men's event ahead of Brady Ellison.