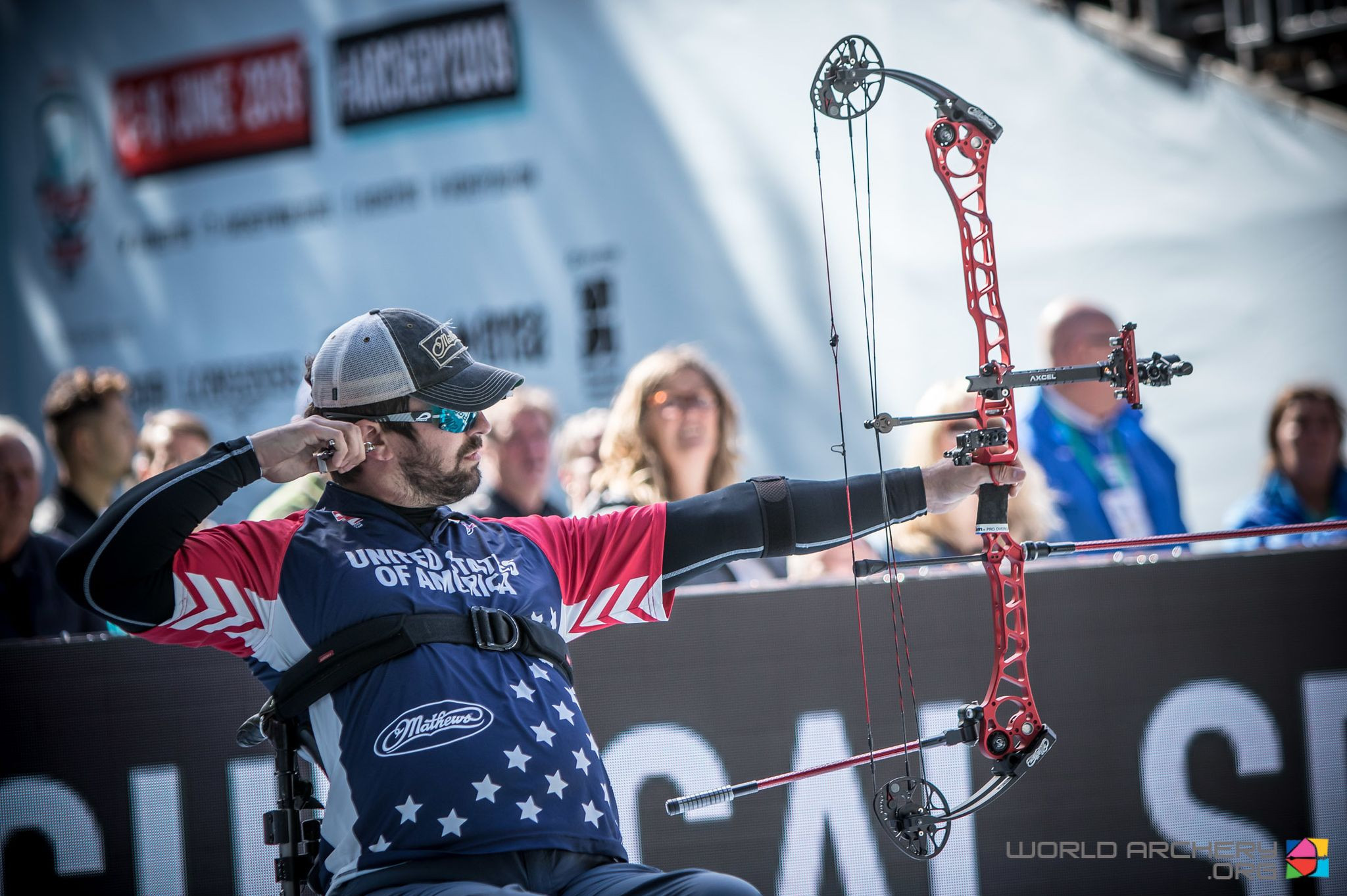 Ben Thompson secured an extra United States spot at the Tokyo 2020 Paralympics when he won the compound men's gold medal at the World Archery Para Championships in 's-Hertogenbosch.

The 36-year-old clinched a first world title with an arrow to spare as he defeated Turkey's Murat Turan 146-135 in the Netherlands.

He consistently hit 10s as just two shots dropped into the nine from 14 arrows, with his scores of 30 in the second and fourth ends proving crucial.

He directed his last arrow wide left and into the eight, but it did not matter as he had already done enough.

Thompson added: “I was a little quick on it.

"It’s hard to black out.

"I knew where the match was and so that last shot, instead of waiting I got a little impatient."

There was more joy for the US as the men's recurve team defeated Russia in a rematch of last year's World Championships final.

Two years ago the Russians took gold, but in the Netherlands the Americans showed more consistency to crush their rivals 6-0.

In the final, the 33-year-old shot against young British archer Jessica Stretton but they couldn't be separated after five ends.

The Singaporean archer shot first in the tiebreak and scored a nine, high in the circle and just a couple of millimetres out of the 10-ring.

Stretton also landed a nine but with her arrow was wider and lower, Alim took the match on the closest-to-the-middle measure.

“I’m very happy and very proud that I was able to win that gold medal for my country," said Alim

"It comes as a surprise, as well."

“I was only focusing on my coach’s voice, my process and routine.

"It was a really happy moment for me.

China took the bronze medal after winning a tiebreak against India.

Gao Fangxia emphasised the role team spirit had played in the Chinese success.

"We love this sport very much," she said.

"We all want to work hard at each practice.

"You can’t stop, you have to practise.

"And that’s why we have the confidence to win the Championships.”

A dramatic tiebreak in the bronze medal match saw Italy take the honours 22-16 against Russia.

Bato Tsydendorzhiev and Svetlana Barantseva gained revenge for the Russians in the mixed team contest as they beat defending champions Italy 5-3.

Wu Chunyan of China won the women's recurve by defeating Poland's Milena Olszewska 6-4 as she claimed a second world title.