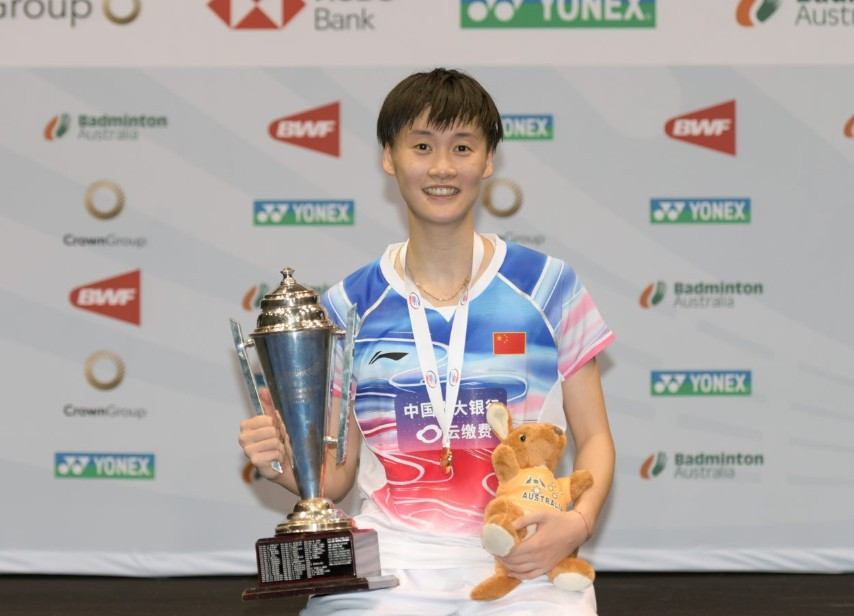 The Chinese number two seed claimed the Super 300 title in impressive style as she beat the Japanese player 21-15, 21-3 in Sydney.

Both women played a series of superb cross-court shots but Chen regularly picked up points with the smash which helped her secure the first set and eventually the match.

There was also an upset in the men's singles final, as Jonatan Christie beat Anthony Ginting in an all-Indonesian encounter.

Christie often overpowered Ginting, although the latter's accuracy helped him take the second set before Christie's ability at the net proved too hot to handle.

On a day of shocks, arguably the biggest upset came in the men's doubles as the unseeded Korean pair of Ko Sung-hyun and Shin Baek-cheol defeated the number one Japanese duo, Takeshi Kamura and Keigo Sonoda, 21-11, 21-17.

The other two doubles contests went to the form book – in the women's event, second seeds Yuki Fukushima and Syaka Hirota of Japan defeated the third-ranked Chinese pair of Chen Qingchen and jia Yifan 21-10, 21-16.