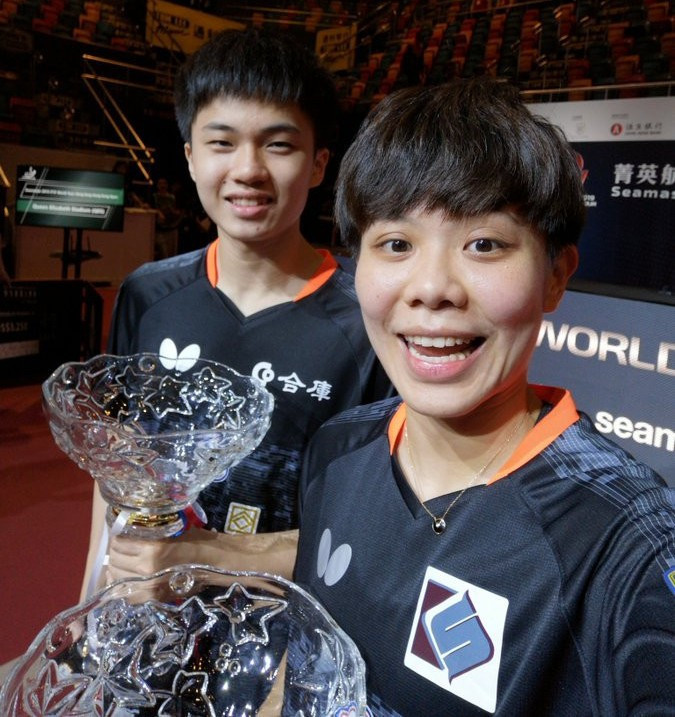 The Chinese Taipei pair made light work of their sixth-seeded opponents by recording an 11-8, 11-3, 11-7 triumph.

"Our Korean opponents are quite new in terms of their partnership, thus enabling us to take advantage in the match."

Cheng's pursuit of the women's singles title came to an end today when she was beaten by unseeded Chinese player Wang Yidi in the semi-finals.