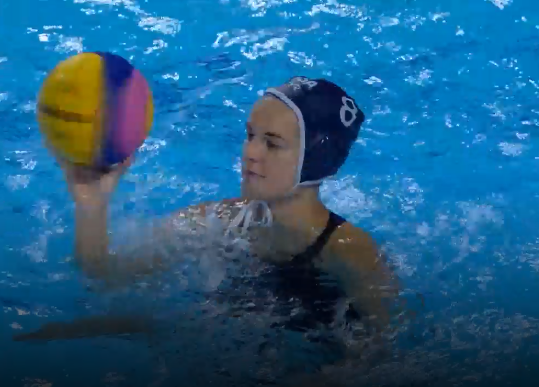 United States and Netherlands played out a repeat of the 2018 International Swimming Federation (FINA) Women's Water Polo World League Super Final as the Americans triumphed 8-6 in the 2019 semi-final on Saturday.

Having edged out the Dutch in China last year, the Americans earned a 6-3 lead by halftime in Hungary and kept their opponents at arm's length until the final buzzer to move within touching distance of a 12th Super Final title.

Netherlands took the lead with a third-minute Maud Megens penalty but a goal from Kiley Neushul after a breakaway, an Alys Williams chip and a Makenzie Fischer goal from range put the US 3-1 ahead after the first quarter.

Dagmar Genee pulled it back to 3-2, but Neushul and Madeline Musselman were among the scorers as the US extended their lead again.

The second half was a lot more tense and cagey – in the third quarter there were just three goals, two Dutch efforts either side of a Musselman strike from range leaving the score at 7-5 to the US.

Another Megens penalty with six minutes to go shrank to one the difference, but the US went straight up the other end and scored what proved the final goal of the game through Margaret Steffens.

With imperious goalkeeper Ashleigh Johnson marshalling an impregnable defence, the US earned a place in the final, where a win will earn qualification for the Tokyo 2020 Olympics.

There they will face Italy, who survived a Russia comeback to reach the final thanks to penalties.

A madcap first quarter saw eight goals scored, six of them by the Italians via six different scorers, Silvia Avegno, Domitilla Picozzi, Arianna Garibotti, Roberta Bianconi, Izabella Chiappini and Elisa Queirolo all getting on the board.

Italy pushed to 7-2 the advantage thanks to another by Queirolo, before the Russians gave themselves a chance with two before the second quarter buzzer.

An impudent chip by Ekaterina Prokofyeva made it 7-5, causing Italy to take a time out, which worked to stem the Russian momentum, as Silvia Avegno made it 8-5 by the end of the quarter.

However, Russia did not stop pushing, reducing to 8-7 the gap before a penalty save from Anna Karamukh – her third of the tournament – was followed by Elvina Karimova ending a patient team move by levelling the scores.

In a remarkable turnaround, Anastasia Simanovich put Russia ahead after splitting slack Italy defending, only for Garibotti to stop the rot for 9-9 with her second goal of the game, forcing a penalty shootout.

Italy progressed after the shootout ended 4-3, leaving them 13-12 victors.

Daria Ryzhkova was the unlucky Russia player, her penalty bouncing off both posts and out to leave her side in the third-place playoff against Netherlands.

In the fifth to eighth-place bracket, hosts Hungary held off a late China comeback to win 15-14.

Hungary led 8-4 at halftime and just managed to maintain their advantage in front of their home crowd at Danube Arena in Budapest.

They will play Australia for fifth after they defeated Canada 15-9.

Four unanswered Australian goals in the second quarter proved fatal for the Canadians.