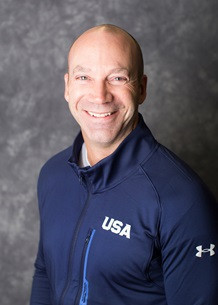 Cushman is swapping the ice rink for the art gallery as he retires from coaching and the long track programme and director Kooreman said he would be sorely missed.

"Tom has brought an uncompromising passion, intelligence and relentless pursuit of excellence to US Speedskating over the past five years," Kooreman said.

"He was a champion for his team and for the sport of speed skating at all times.

"US Speedskating is extremely luck to have had Tom serve as our national team coach and I was even luckier to have him as a friend, mentor and co-worker."

Cushman tendered his resignation to US Speedskating ahead of moving to Carmel in California to open an art gallery.

Four-times Olympian Rodriguez became the first Cuban-American to compete in the Winter Olympics and claimed bronze medals in both the 1,000 and 1,500 metres events at Salt Lake City in 2002.

Yesterday, Rodriguez was inducted into USS's Hall of Fame.