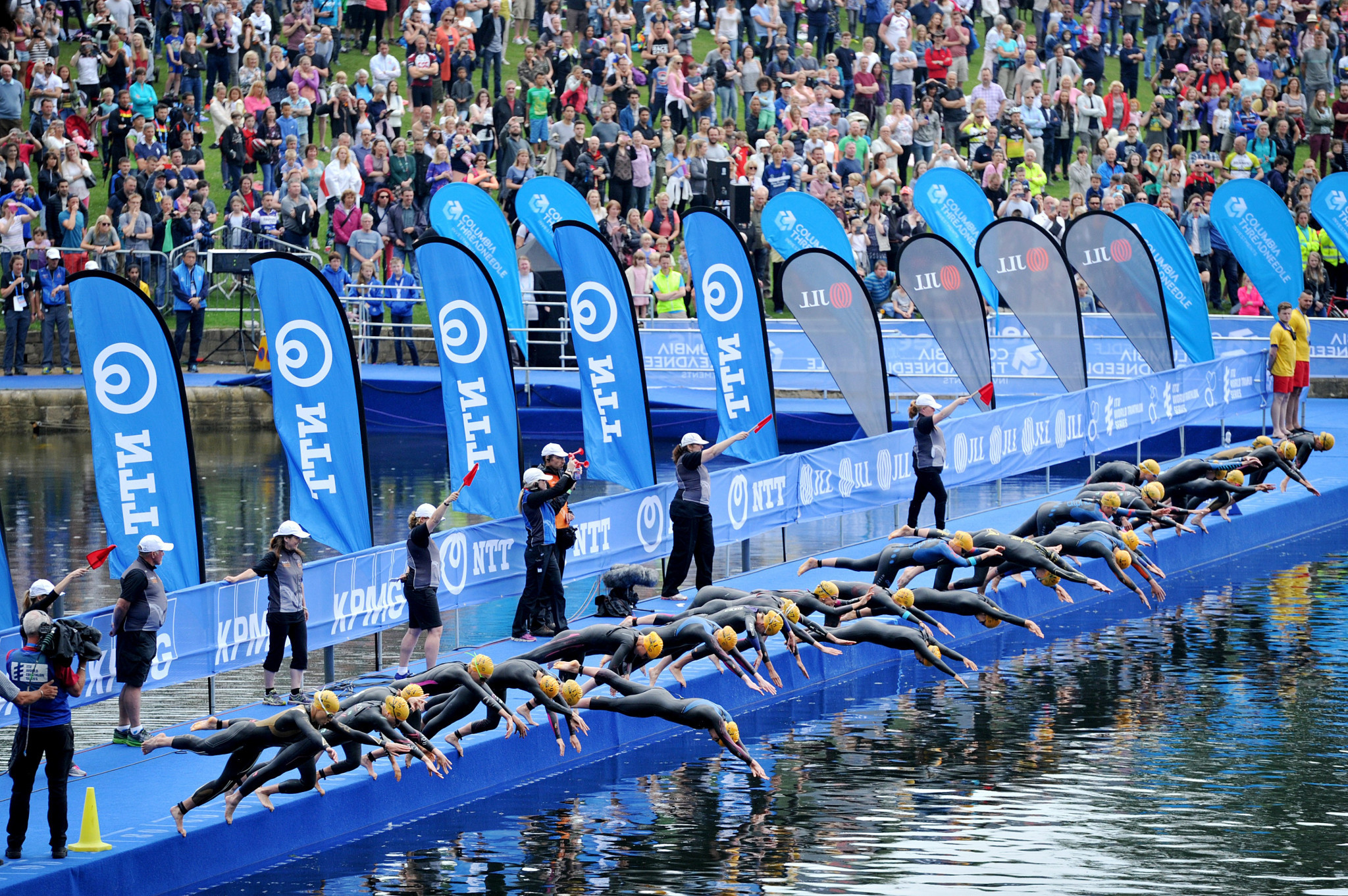 The International Triathlon Union (ITU) World Series is set to begin the first of two legs in Britain this weekend with a race in Leeds – home turf for one of the sport's biggest names – before the tour heads to Nottingham next week.

It marks the fourth World Triathlon Series (WTS) event in Leeds after it first held the event in 2016, and continues with the unique "point to point" circuit with seperate transition areas for swim to cycle and cycle to run.

The course is set to start with a 1.5 kilometres open water swim in Roundhay Park Lake before seven laps in the city centre to make up the 40km cycle, before ending in a four lap, 10km run taking in many of Leeds' best sights such as Town Hall, Millennium Square and The Headrow, after which the winner will be crowned.

The elite women's race is due start at 1.06pm local time on Sunday, followed by the men's event at 3.51pm.

The home crowd will be hoping the tradition of having a British winner every year so far: 2018 saw Vicky Holland triumph in the women's race, while the two years previously saw Alistair Brownlee cross the line first.

Brownlee, and his brother Jonathan, compete again tomorrow, with both men set to be involved in a tight tussle for victory, not only in Yorkshire but in the WTS.

Just 1,500 points separate the top 13 in the rankings, and many of those big names will be involved in Leeds, including the Brownlee brothers, Spaniards Javier Gomez and Mario Mola, and Vincent Luis of France.

Double Olympic Champion Alistair Brownlee has returned to short-form racing in style over the past month with a World Cup gold medal and a European title, while Jonathan will be desperate to making a strong return to Leeds having missed the 2018 event through illness.

Britain also looks to have a strong new generation coming through, notably 21-year-old Alex Yee, who earned a silver medal in the season opener in Abu Dhabi behind Mola, and who has a claim to be among the fastest runners on the circuit.

World champion Mola, despite having won in Abu Dhabi, has since struggled to find his very best form, and will be eyeing a return to his best in Leeds.

Luis, among the strongest cyclists in the field, will aim to follow up his victory last time out in Yokohama.

Worth keeping an eye on as potential wildcards are Norway’s new generation of contenders in Endre Espedal and Vetle Bergsvik Thorn, two promising youngsters both making their WTS debuts this weekend.

In the women's race, the United States' Katie Zaferes has been unstoppable so far in 2019, with three wins from three.

She won a bronze medal on her debut in Leeds last year, and having gone from consistent podium finisher to dominant winner, she will aim to wow the British crowd with yet another first place.

Perhaps the woman most likely to stop her is American team-mate Taylor Spivey, who has WTS silver and bronze medals to her name so far in 2019 and, having finished second here two years ago, would dearly love to go one better this time.

The home fans will have plenty to cheer with six Britons, including 2018 champion Holland, all registered to race.

Keep an eye out too for Canada’s 2018 Commonwealth Games bronze medallist Joanna Brown, third at this year’s WTS Bermuda, and Australia’s Natalie Van Coevorden, who has been consistently in the top 10 this campaign.