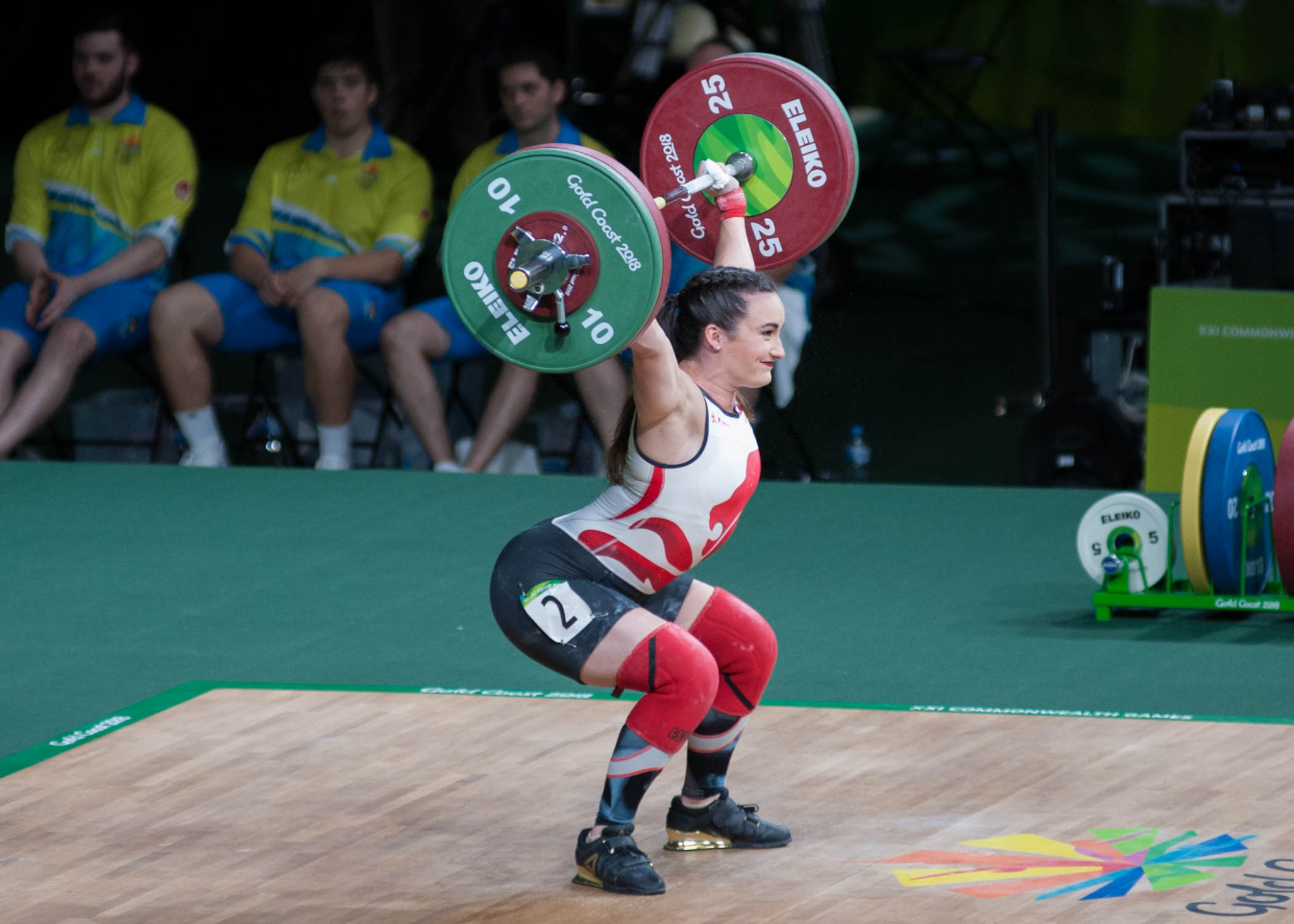 Less than a year ago the future looked bleak for British weightlifting - so it is something of a surprise to see Britain hosting an Olympic qualifying competition this weekend in which the entries include some of the sport’s big names.

Ilya Ilyin has entered the British International Open and, for once, he is expected to compete tomorrow rather than just weigh in, as he has done twice before to comply with Olympic qualifying rules.

China and the United States have sent teams, Estonia’s world and European medallist Mart Seim is in the super-heavyweights, while other favourites include European champions Dmytro Chumak of Ukraine and Elena Toma of Romania, who moves up to 71 kilograms here.

One look at the names on the entry list will remind Britain’s top lifters, who compete concurrently in the Birdseye British Senior Championships, just how difficult it is to qualify for Tokyo 2020.

But at least their prospects look better now than they did in early 2017, when all funding for weightlifting was cut by UK Sport, along with support for archery, badminton, fencing and table tennis.

Less than a year ago Ashley Metcalfe, chief executive of British Weightlifting, had to tell all his elite lifters that they would have to pay their own way to compete overseas.

"It’s massively challenging - we have never been in this position before," he said at the time.

Both of Britain’s Rio 2016 lifters are out of the picture too, Rebekah Tiler because she quit the sport in the aftermath of the funding cuts and Sonny Webster for a complicated and marginal doping violation.

The only Britons at the International Weightlifting Federation Junior World Championships in Fiji this week are a technical official and a doctor because there was no money to send a team.

Metcalfe describes the situation - full-time coaching and performance director roles have gone - as "back to the amateur days" but he is more optimistic now than he was this time last year.

"We’ve been a bit more fortunate in the past year because of help from the National Lottery and UK Sport," he said.

The top nine British lifters, five women and four men, have been given "aspiration funding" to help them in their efforts to qualify for Tokyo 2020.

Metcalfe was part of a group of national governing bodies who lobbied for "a fairer system of support for Olympic and Paralympic sports across the board", and was delighted late last year when UK Sport and the National Lottery released some money for those who suffered under the funding cuts.

"Whereas a year ago we had to tell all our lifters ‘whatever competition you go to it’s 100 per cent self-funding’, we’re now in a position where nine lifters with potential qualifying hopes can actually get supported," said Metcalfe.

"For the elite females in particular, it makes a big difference."

Those women are Sarah Davies and Zoe Smith, 15th and 17th in the 64kg class Olympic rankings, Emile Godley (now Muskett) who will probably go for 76kg, and super-heavyweights Mercy Brown and, best placed at 14th in qualifying, Emily Campbell.

The four men being supported are Jack Oliver, who may not be fit enough to lift here, Edmon Avetisyan, Gareth Evans and Owen Boxall.

The women had their best European Championships results to date in Georgia in April, and are better placed in qualifying than the men.

Fraer Morrow, who does not figure in Tokyo 2020 qualifying, set a British record in tonight's 55kg session when she totalled 180kg and finished ahead of the double European champion Elene Andries, of Romania, who was competing at the weight for the first time.

In the men’s 73kg the Olympic hopeful Evans - the Commonwealth Games 69kg champion last year, and an Olympian at London 2012 - missed two clean and jerks in totalling 286kg.

He was nine kilograms behind the Czech winner Petr Petrov with 295kg - who has 26 men ahead of him in Olympic qualifying.

All nine of Britain’s lifters probably need to improve their totals by 15kg to 40kg to make the all-important top eight in the Olympic qualifying.

The top-ranked European outside the top eight – provided he or she is from a nation not represented – will also make it.

"The reality is gradually sinking in - we have been through a very fortunate period and now it’s coming back to reality," said Metcalfe.

"For a number of years, and especially in the build-up to London 2012, national governing bodies in Britain were awash with funding and that public funding is tapering off.

"There is no human right to public funding in sport."

But there is more to weightlifting than the next Olympic Games and Metcalfe can see a better future.

The number of registered lifters is up since former professional cricketer Metcalfe started at BWL six years ago, from 600 to 3,600, a six-fold increase.

"There were half a dozen competitions a year back in 2013, now there are more than 100 on the calendar," he said.

The gender split has changed from 87-13 male-female six years ago to 52-48 now, and more than a third of all lifters are from economically deprived areas.

"But the reality is we’re still too small and it’s very challenging.

"We’re working positively and aggressively to welcome as many people as possible into the sport and to show the benefits of weightlifting not just as an Olympic sport but in real health terms, how strength is important throughout your life.

"Out of that work, we’re trying to identify some potential lifters for our talent pathway for the future.

"Schools have a big part to play and we’re seeing growing interest at a younger age."

Whatever the future holds, this weekend in Coventry - the first major standalone weightlifting competition in Britain since the 1980s - should be a success.

"It made real sense to have an Olympic qualifying qualifying event on our own turf - it’s far more cost effective than sending our lifters to the other side of world," said Metcalfe.

"We also felt that people would be keen to come here because the UK has a really good reputation for putting on high-quality events, whatever the sport.

"I’ve been pleasantly surprised by the amount of interest - it’s fantastic.

"It’s going to be a really good event and a great atmosphere, no question."