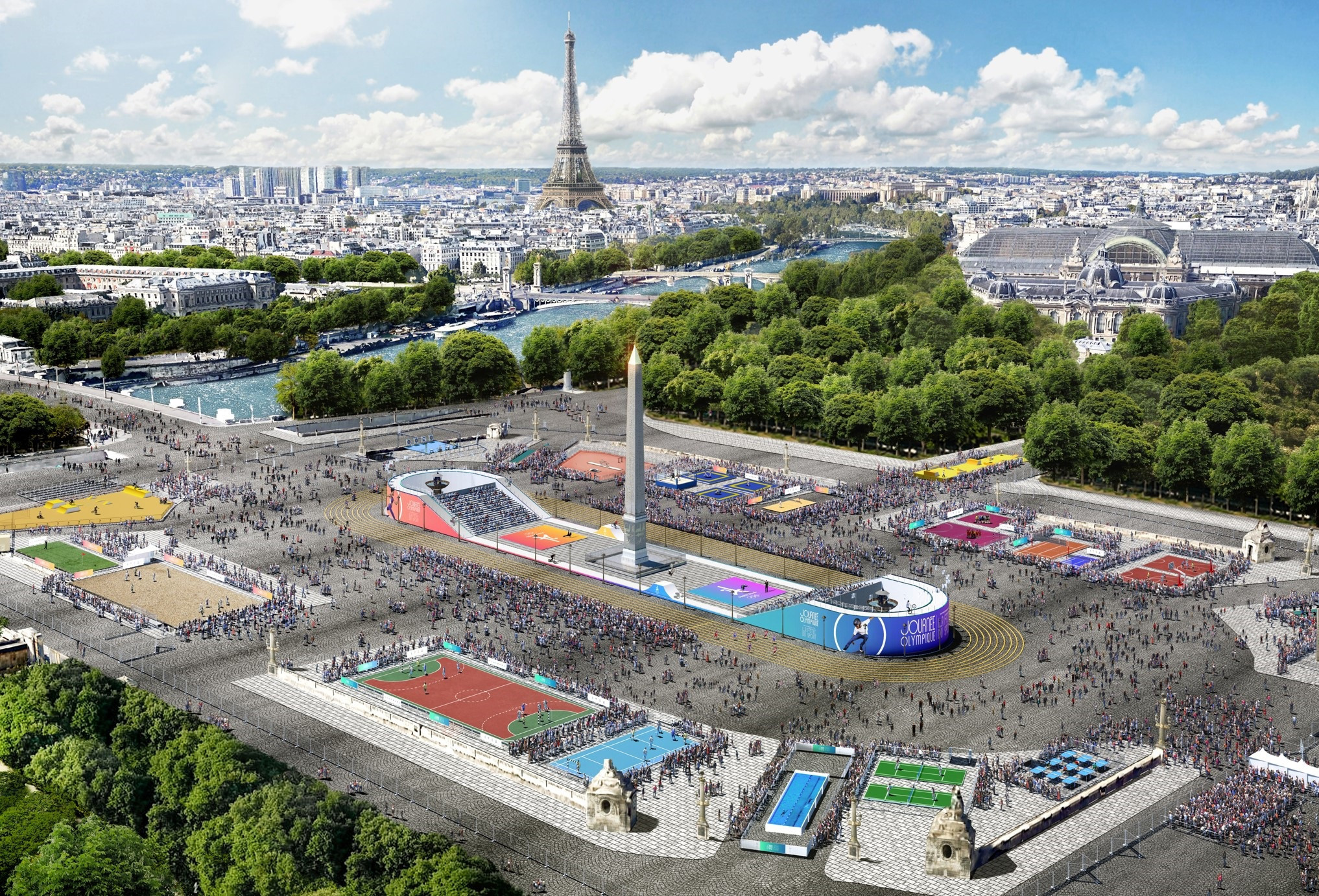 Paris 2024 has unveiled the programme of events and activities to celebrate this year's Olympic Day and the Festival of Sport, which have now become one, on June 22 and 23.

The high points of the weekend will be the opening of the Île-de-France Olympic Water Sports Stadium, a spectacular celebration of sport on the Place de la Concorde in Paris and the staging of races that will decide the first qualifiers for the Paris 2024 Olympic Games mass-participation marathon.

In preparing for the 2019 event, Paris 2024, the French Ministry of Sport and the French National Olympic Committee (CNOSF) decided to pool their energies and organise a joint event with the Festival of Sport, founded in 2018, around the values of Olympism and sport.

Olympic Day has thus merged with the Festival of Sport to become a single major annual event, held this year over two days right across France.

"All the stakeholders who have joined forces with Paris 2024 – the CNOSF, the State, the City of Paris and the Île-de-France region – have been working hand-in-hand to produce an outstanding programme of events and activities, work that would not have been possible without the support of the local authorities and the sports movement," a document presenting the programme and activities reads.

More than 700 projects will come to fruition across the country, covering every department on mainland France and overseas.

It is claimed this symbolises the fact that the Olympics in the French capital will be a truly national event, for which Paris 2024 is planning.

France's largest cities, among them Marseille, Lyon and Bordeaux, and its smallest villages will host events designed to introduce sport to a wider audience and encourage people to share in the enjoyment it creates.

Demonstrations, taster sessions, communal events and meet-the-athletes events will also be on the programme.

Olympic Day and the Festival of Sport will begin at the Île-de-France Olympic Water Sports Stadium in Vaires-sur-Marne on June 22, when the venue that will host the canoeing and rowing events at Paris 2024 will be opened.

Then, on June 23, La Place de la Concorde, situated right in the heart of Paris, will be transformed into an urban sports park.

"A unique opportunity for people to try their hand at about 30 Olympic sports in a majestic setting, at the foot of the square’s imposing obelisk, it is sure to be a truly spectacular occasion and will provide a sneak preview of the Paris 2024 Olympic and Paralympic Games," the document reads.

Olympic Day will also provide an opportunity for members of the public to grab the first numbered bibs for the mass-participation marathon at Paris 2024.

Twelve races will be held in Paris and around the country, with 46 places in the Olympic event up for grabs.

The date provides an annual opportunity to introduce Olympic and Paralympic sports to a wider audience on the basis of the key words "move, learn and discover", and to enable people to take part in physical activity and enjoy some well-known and less well-known sports.

It is also designed to promote Olympic values.

"Founded in 1948, Olympic Day has taken on a whole new dimension with the awarding of the 2024 Games to Paris," the document adds.

"Picking up where the amazing 2017 and 2018 events left off, Olympic Day 2019 promises to be truly spectacular, much like the ambitions of Paris 2024 when it comes to celebrating the Games and encouraging the people of France to engage in them."