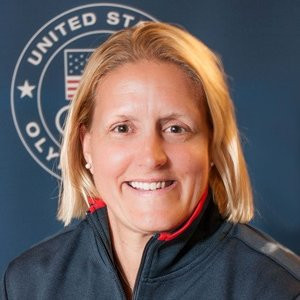 Julie O'Neill Dussliere is set to stand for re-election as President for the Americas Paralympic Committee (APC) at the governing body’s General Assembly in Peru’s capital Lima on August 21, when she will face two other candidates.

The United States Olympic Committee's chief of Paralympic sport will be challenged by Julio César Ávila Sarria and Maria Luisa Villar Gálvez, Presidents of the Colombian Paralympic Committee and National Paralympic Association of Peru, respectively, in the contest to determine who will lead the Paralympic Movement in the Americas for the next four years.

The President is due to be elected by the APC membership which consists of 33 National Paralympic Committees.

The APC Governing Board is made up of one President, one vice-president, three members at large and one athlete representative.

Argentina's Jose Luis Campo was elected founding APC President in 1997 and served two terms until 2005, when he was replaced by Brazil’s Andrew Parsons, current head of the International Paralympic Committee.

Colombia’s Octavio Londono was President from 2009 to 2013 before Campo was elected again and served until 2017, when he was re-elected for a fourth term.

After the passing of Campo in October 2017, Cuba's Eduardo Montenegro was appointed Interim President the following month.

O'Neill Dussliere was then voted President in May 2018.

César Ávila Sarria was the sole candidate standing for election as President on that occasion, but the Colombian failed to secure the majority of the votes needed, with eight against him compared to six in his favour.

This meant the new President had to be selected from within the Executive Committee, with O'Neill Dussliere appointed.

The APC athlete representative elections are also be held between August 17 and 25, during the Lima 2019 Parapan American Games.

Five candidates are running for election, as announced on May 31.

Incumbent APC representative Ileana Rodriguez of the US, elected at the 2015 Parapan American Games in Toronto, is standing for re-election.

Argentinean table tennis player Giselle Muñoz, who has competed at every Paralympics since 2000 and won a bronze medal at the 2011 Parapan American Games in Guadalajara, is standing for the role as well.

Shauna-Kay Tawani Hines, who competes for Jamaica in taekwondo, and Brazilian goalball player Simone Camargo are the other candidates in the election.

The APC claims the athlete representative is the voice of the Paralympic athletes for the Americas region.

The winner of the election will become a member of the APC Executive Committee.

The 2019 Parapan American Games are due take place between August 23 and September 1 and will feature more than 1,800 athletes competing across 17 sports.