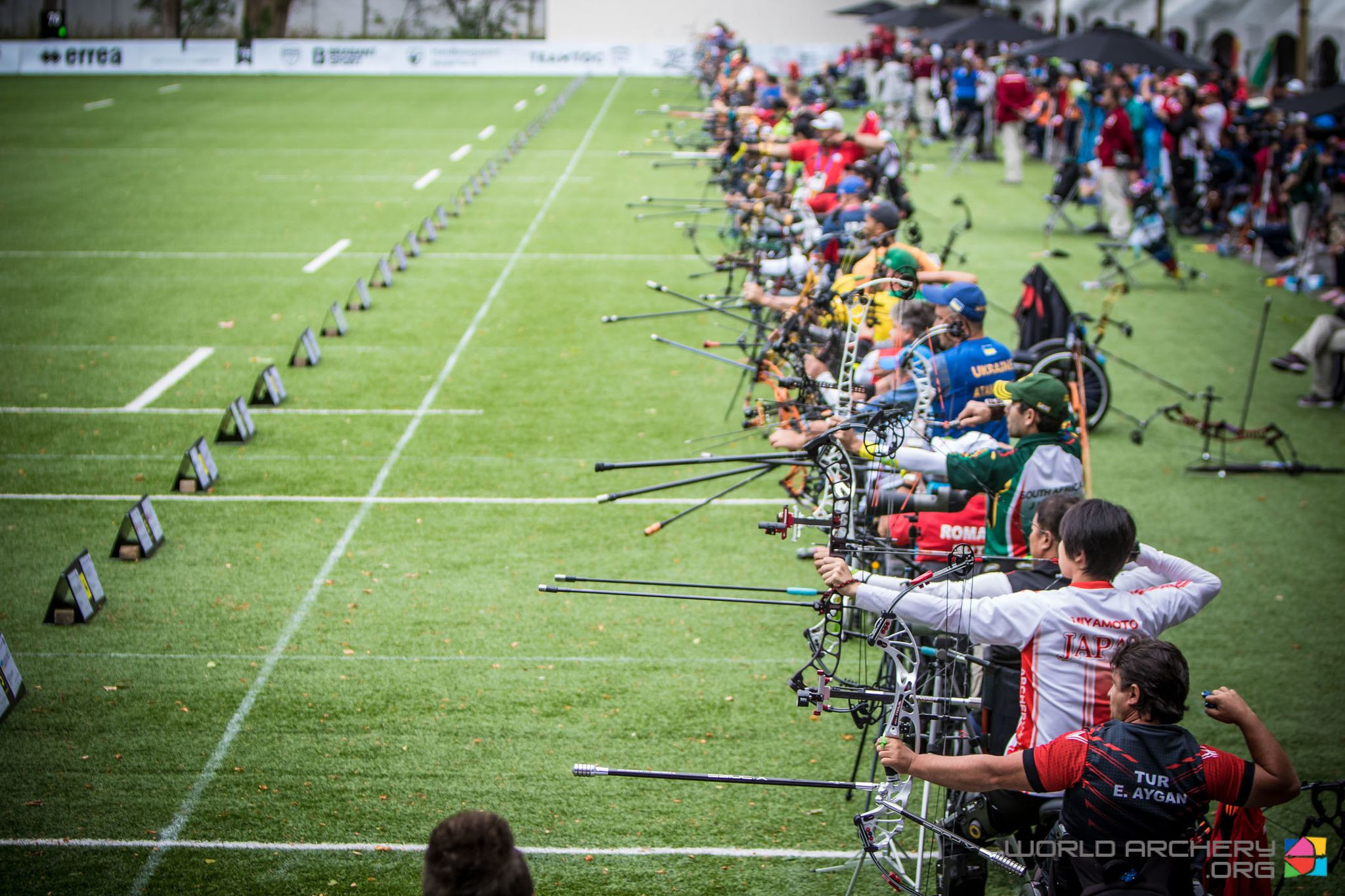 Turkey and China both have a shot at three team gold medals after the finalists were decided on the eliminations field.

On Sunday, Turkey and China will contest the recurve women’s open team title.

The Turkish archers confirmed their strong shape as they beat Italy 6-2 to advance to the final.

The Chinese world champions had a 6-0 semi-final victory over Russia.

“We did business as usual," said Lin Dandan.

"We came here for gold, to defend our title and it looks like we are going for it.

The W1 men’s team will also see Turkey, the defending champions, take on China, with that final taking place on Saturday.

Turkey’s third chance for team gold is in the compound men’s open event, after they beat Ukraine in the semi-final, 234-229, one round after the Ukrainian team had set a world record of 235 points for the 24-arrow, 50-metre match against the United States.

It was Mat Stutzman who confirmed the record to the three men to whom he had just lost.

“At the beginning, we didn’t understand we set a world record,” said Ukraine’s coach.

“Then Stutzman told us the previous world record set by the USA had been 232 and congratulated us on having beaten it.

Another world record was set in the compound women’s open team event.

China scored 236 out of possible 240 points during a quarter-final victory over Russia.

“We shot one point more than the men’s record so I’m very happy,” said Zhou Jiamin.

“We train a lot with the men’s team in China and 70 per cent of the time we beat them.

There will be a rematch of the recurve men’s open team final from two years ago in Beijing, this year in ’s-Hertogenbosch.

Reigning champion Russia will shoot against the United States after the latter beat China in a semi-final shoot-off.

The 60-year-old is now looking forward to another cause for celebration.