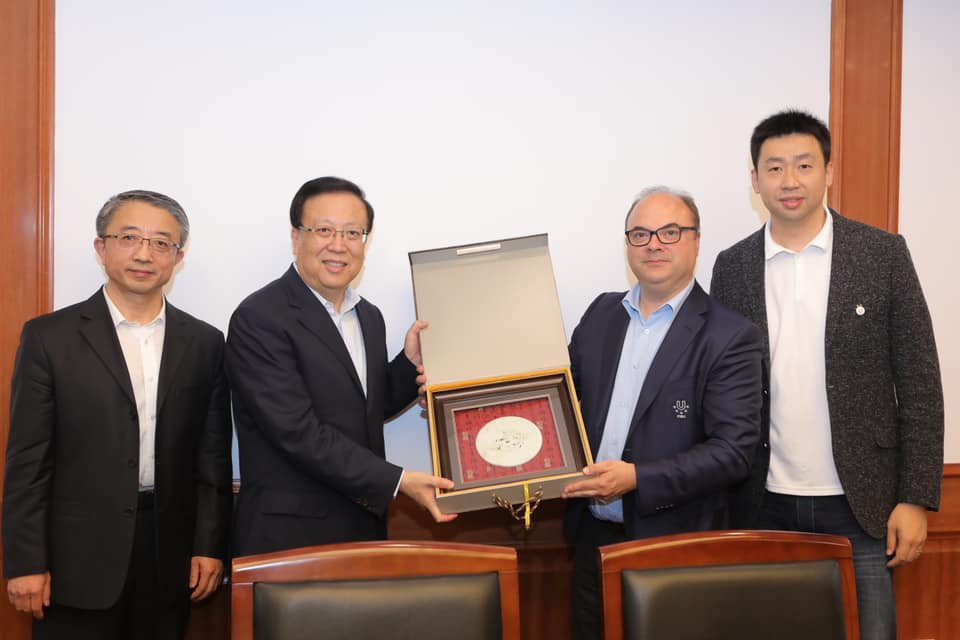 Peking University and the University of Lausanne (UNIL) are two of seven pilot universities that will implement the project.

Ping was joined by Shen Zhen from the Federation of University Sports of China and directors from the university's departments to discuss the next phase of the project.

FISU's key objective is to establish a system dedicated to wellbeing, a healthy lifestyle and awareness among students.

Visits are also planned for the other five pilot universities – University of Western Australia, University of Johannesburg, South Africa, University of Turin, Italy, the Peoples’ Friendship University of Russia in Moscow, and La Matanza, Argentina – before the project is discussed at FISU's General Assembly in Turin in November.

FISU will deliver a set of guidelines and a final document for the implementation of the project, including criteria to obtain the FISU Healthy Campus Label, to the National University Sports Federations at the General Assembly in November in Turin.

A ‘FISU Healthy Campus Label’ will be awarded to acknowledge the universities’ efforts in improving the quality of life on their campuses.

Speaking at the launch of the project, Saintrond said: "It is a fact that a huge number of students are inactive or not active enough.

"It is for this reason that FISU is launching the 'Healthy Campus' project, as it will provide opportunities to all students to participate in recreational sport and physical activity.

"The universities will be provided the tools through which they will implement and manage this project."