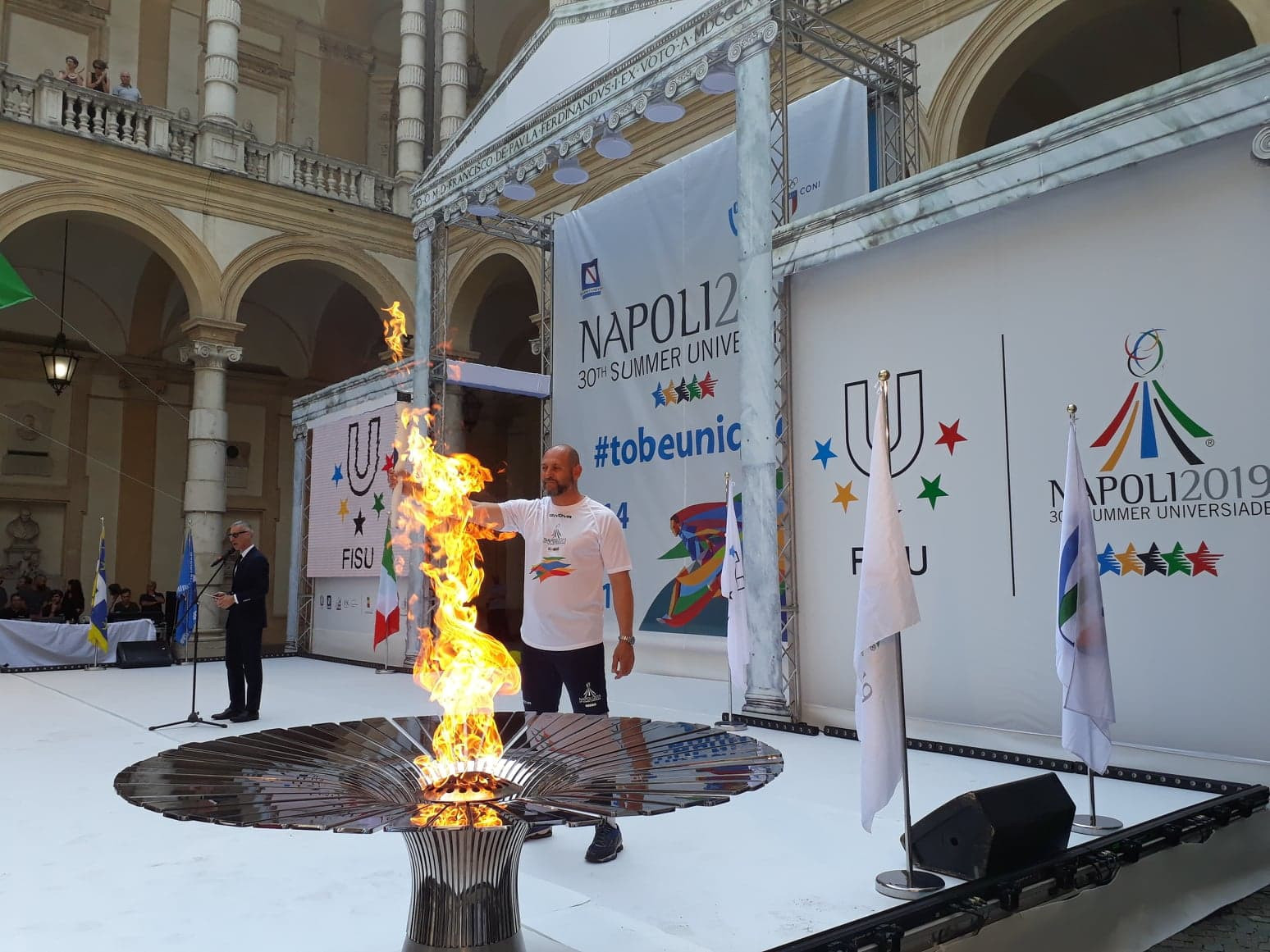 The University of Turin hosted a ceremony here marking the start of the Torch Relay for next month's Summer Universiade in Naples.

Selected due to its status as the first city to hold a Universiade, Turin welcomed representatives from the International University Sports Federation (FISU) and the Naples 2019 Organising Committee to mark the beginning of the relay.

A group of 16 Torchbearers carried the Flame through Turin in total, ending at Valentino Castle.

The first was Italian double Olympic rowing champion and Naples 2019 sport operation manager Davide Tizzano, who received the flame during the ceremony and began the relay down Via Giuseppe Verdi.

Proceedings began with a number of opening remarks from key figures, such as Naples 2019 Special Commissioner Gianluca Basile and University of Turin rector Guido Saracco.

"In a few moments we will light the flame and start the final countdown to the 30th edition of the Summer Universiade," he said.

"Thousands of athletes from all over the world will experience fantastic culture and passion of Campania and Napoli as they perform at their very limit.

"As they perform the flames will light up their sporting success."

The audience were treated to two live performances during the ceremony, with one featuring the Naples 2019 official mascot, a mermaid called Partenope.

There is now less than a month to go until the Summer Universiade begins, with more than 9,000 athletes competing in 18 sports from July 3 to 14.

The Torch Relay will now continue at the FISU headquarters in Lausanne on Thursday (June 6) before returning to Italy and arriving at San Paolo Stadium in Naples on July 2 for the Opening Ceremony the next day.