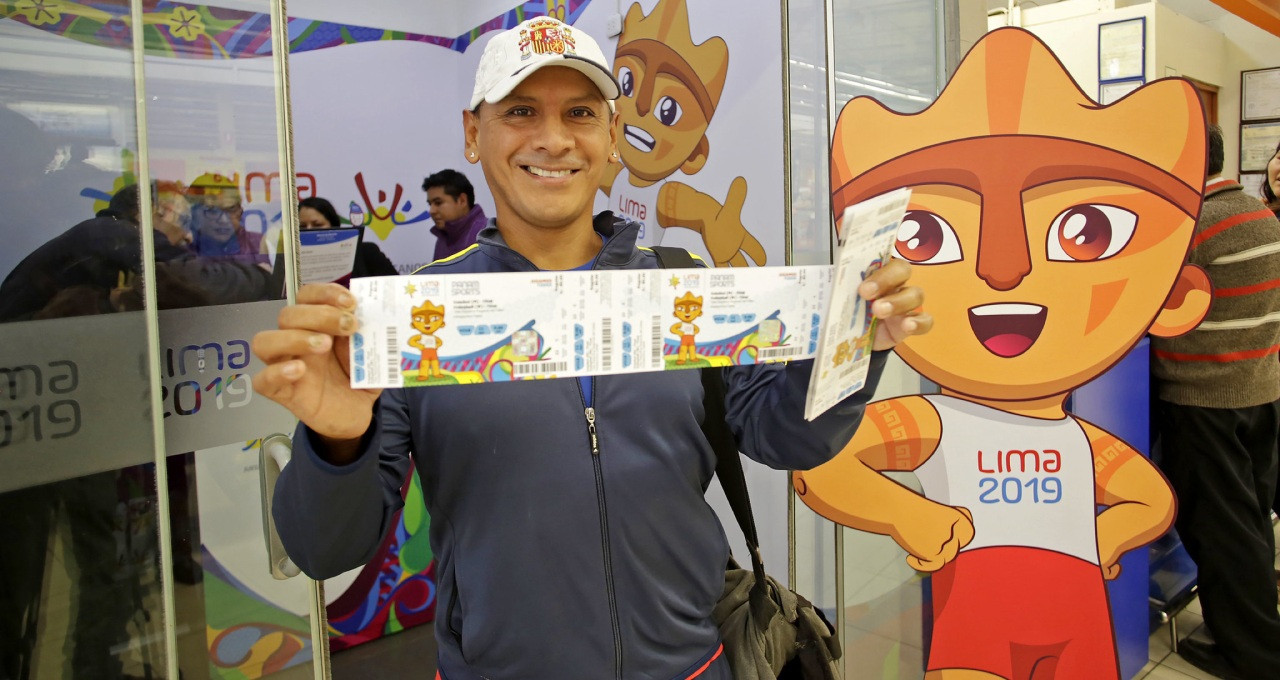 More than 50,000 tickets for this year’s Pan American and Parapan American Games in Lima have been sold in the space of two days – encouraging news for the Lima 2019 Organising Committee to deliver as it presented its progress report to the Peruvian Congress.

The high interest of the public in attending the largest multi-sport event to be held in the Americas has been facilitated by the opportunity to buy tickets at different points of sale.

According to a report from Ticketmaster-Teleticket, around 35,000 tickets were sold through the Lima 2019 website, while 15,000 were sold at different venues around the Peruvian capital.

There will be a 50 per cent discount for under-18s, senior citizens and people with an impairment.

Tickets can be bought in 10 Lima 2019-authorised points of sale around the city and also online through the official website.

Printing of e-tickets will no longer be necessary since spectators can show their e-tickets on their mobile phones at the entrance to venues.

He also made a presentation about the Torch Relay, which begins on July 2 in Mexico and will travel across Peru from July 4.

Other topics of discussion involved the transportation of around 10,000 athletes and technical officials between the Pan American and Parapan American Village and the competition venues, as well as the security to be implemented in the Games, including 20,000 agents of the National Police of Peru, the armed forces and private security.

The delegation also visited the Aquatic Centre, the Velodrome and the Sports Center 3.

Congress representatives praised the efforts of the Lima 2019 organisation and the status of the new venues that were built for the Lima 2019 Games.