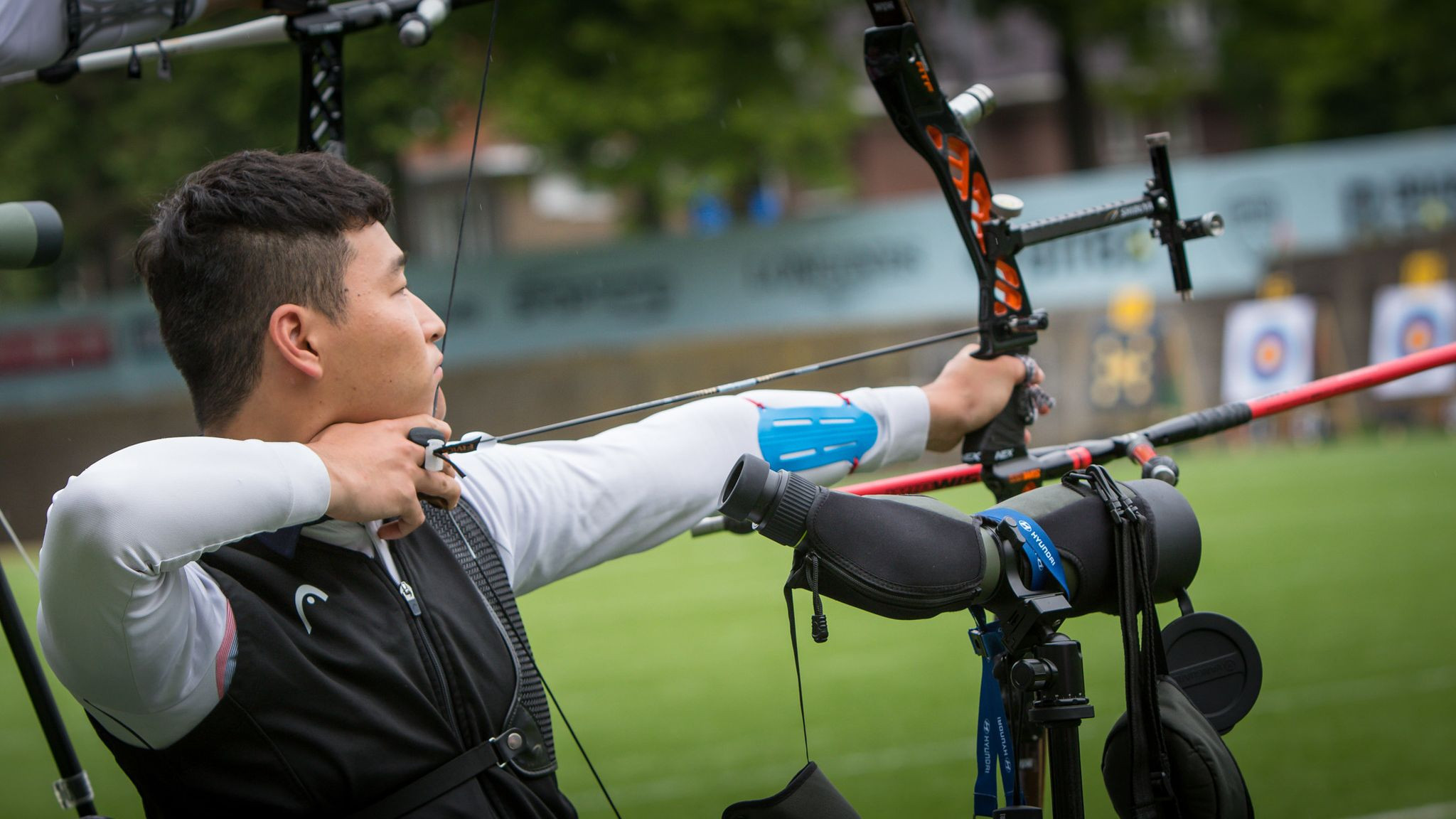 The World Archery Para Championships in the Dutch city of ‘s-Hertogenbosch featured a series of world record performances on the opening day of qualifications across all categories.

Andre Shelby of the United States, one of four individual Paralympic champions taking part in a competition that acts as a primary qualification tournament for Tokyo 2020, teamed up with Matt Stutzman and Ben Thompson to set a new combined mark of 2091 points out of a possible 2160 in the compound men’s open team ranking round.

South Korea’s 20-year-old Kim Min Su broke the recurve men’s open world record with 662 out of a possible 720 points for the 72-arrow 70-metre ranking round.

Belgium's Ruben Vanhollebeke scored a new high of 428 out of a possible 720 points to seed top over the visually impaired 1 ranking round.

Speaking after playing his part in the record performance at the fields of rugby club The Dukes, where all the qualification action is taking place, Stutzman, who was top scorer with 704 points, said: "We were after the record.

"We’ve been talking about it probably since Italy unofficially shot it [in Dubai].

"Something like, ‘if we can just come out here and just get the world record, boom, just bring it back to the US’."

The US already held the official world best mark at 2063 points.

Three Italian men scored 2087 points at the Fazza para world ranking tournament in April this year – but since there was no official team event it was not ratified as a record.

Stutzman and Shelby were part of the US team that set the previous record in Puerto Rico in May 2017.

Kim Min Su was not the only archer to beat the existing world record of 655 points in the recurve ranking round – Iran’s Pouriya Jalalipour also did so in taking second place with 658.

"I didn’t expect I would break the world record," said Kim.

"I was just following my coach’s instructions and trying to do what I did in practice."

Arriving in The Netherlands, Kim, who made his Paralympic debut at Rio 2016, said he wanted to earn a place at Tokyo 2020 - but he has now revised his ambitions.

"I would like to reach gold in every competition I take part in - recurve men, recurve team and mixed, as well," he said.

Both he and Matteo Panariello, who scored 394, broke Panariello’s previous world record of 367 points.

"When the announcer said [that I had the record], I totally had goosebumps."

Vanhollebeke has been shooting for 15 years since he took up the sport in school as a body orientation exercise when he became blind.

The gold medallist from 2015 said he was happy to see the division growing.

There are 17 archers competing across the two visually impaired divisions.

"It’s great because we’re trying to push it, the visually impaired, towards the Paralympics," said Prowse.