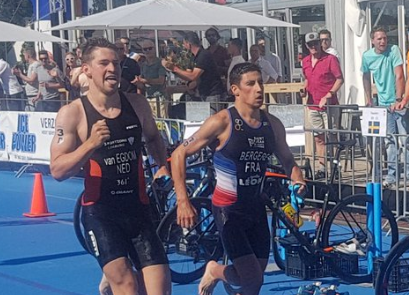 France maintained their status as mixed relay champions at the European Triathlon Union Triathlon European Championships following a tight race in Weert in the Netherlands.

There was joy for the home crowd, meanwhile, as the Netherlands team of Maya Kingma, Marco Van Der Stel, Rachel Klamer and Jorik Van Egdom finished in third place.

Britain could not complete an elite treble as they finished in sixth.

Alistair Brownlee and Beth Potter had triumphed in the men's and women's elite races earlier this weekend.