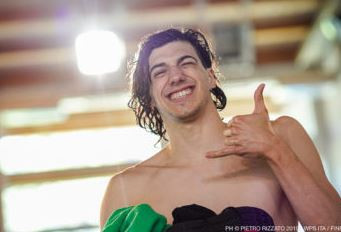 Home swimmer Simone Barlaam set two world records in the men's 50 metres freestyle on the third day of action at the World Para Swimming World Series event in Lignano Sabbiadoro, on a day when his compatriot  Antonio Fantin still beat him to gold.

Barlaam, an S9 category swimmer who had won the previous day’s 100 metres backstroke title, set a first record of 24.51sec in the morning heats and then lowered his mark with a time of 24.39sec in the final, earning 1055 points.