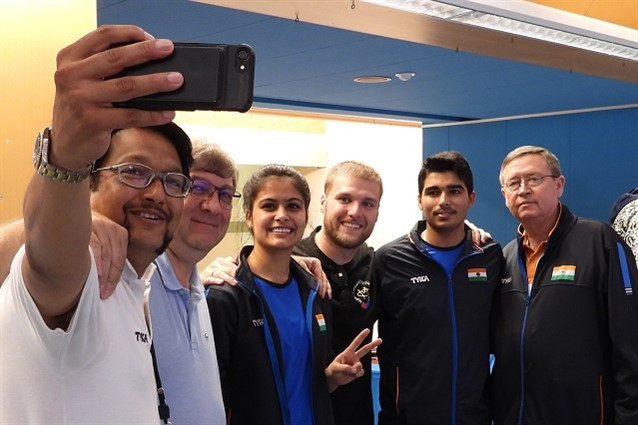 The country’s first triumph on the last day of competition came in the mixed team 10 metres air rifle event at the Olympic Shooting Centre.

It secured a first and only medal for Belarus at the event.

There was also success for India in the mixed team 10m air pistol final after Manu Bhaker and Chaudhary Saurabh overcame the more experienced Ukrainian duo of Olena Kostevych, the former Olympic champion, and Oleh Omelchuk 17-9.

It ensured Saurabh his second gold medal of the week having already won the individual men's final, breaking his own world record.

The bronze medals went to China’s Qian Wang and Meng Yi Wang after a tense match against Poland’s Natalia Krol and Szymon Wojtyna.

The scores were tied at 14-14 before the last series went the Chinese team’s way to take a 16-4 win.

The next leg of the 2019 ISSF Rifle and Pistol World Cup is due to be held in Rio de Janeiro from August 26 to September 3.