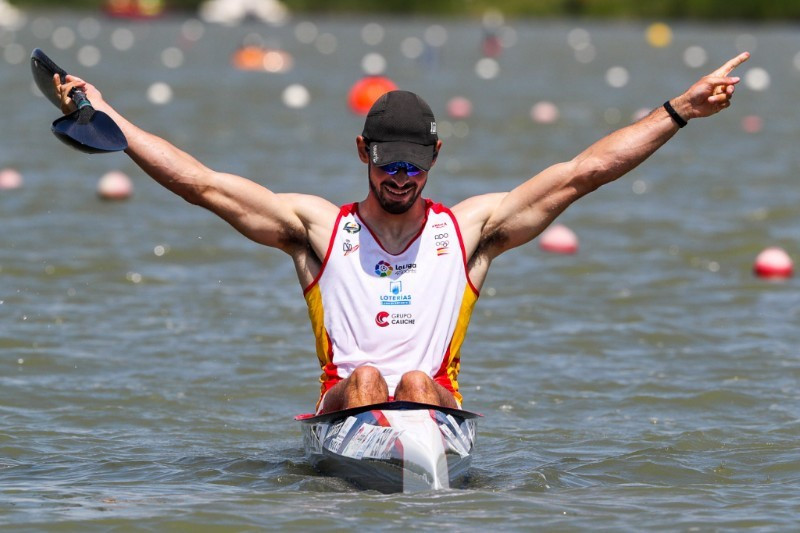 German city Duisburg is ready to host the second leg of the 2019 International Canoe Federation (ICF) Canoe Sprint World Cup series this weekend with the return of the number one Spanish team and competition within some nations for places at this year’s World Championships set to guarantee top-class racing.

Adding extra spice to the event will be the arrival of teams from lesser-known canoeing nations, including small sides from Iraq, North Korea, Trinidad and Tobago and Uganda.

Canoe sprint powerhouses Hungary will also have a team in Duisburg after missing last weekend’s World Cup in Poznań in Poland.

However, many of their biggest names, including five-time Olympic gold medallist Danuta Kozák, will again be absent.

Spain is considered one of the greatest threats to hosts Germany’s dominance of the men’s kayak competition, and especially the team boats.

After missing the ICF Canoe Sprint World Cup in Poznań, the powerful Spanish K4 combination will be on show on the Duisberg Regatta Course.

But the German team is likely to be at the top of its game this weekend as the event is doubling as its selection event for the ICF Canoe Sprint World Championships in Hungarian city Szeged in August.

Several other teams are also tinkering with team boat combinations, adding extra pressure to the competition.

Spanish world champion Carlos Garrote returns in the men’s K1 200 metres and his showdown with British Olympic champion Liam Heath is expected to be an event highlight.

In the K2 men’s 1,000m, Germany’s Marcus Gross is back after missing last weekend through illness and will team up with World Championship partner Max Hoff once again.

Jacob Schopf, who helped Hoff to a gold medal in Poznań, will compete alongside Tamás Gecső.

Schopf is being touted as the next big thing in world canoeing, which may make life interesting for the more experienced combination of Gross and Hoff.

Canada’s Laurence Vincent-Lapointe and Katie Vincent are set to face a tougher time this weekend in the women’s C2 500m, with the return of Hungary’s Virág Balla and Kincső Takács, and Russia’s Olesia Romasenko and Kseniia Kurach.

World champions Yul Oeltze and Peter Kretschmer of Germany have consistently seen off every challenge that has been made to them in the men’s C2 1,000m but once again will have to withstand German team-mates and Olympic gold medallists, Sebastian Brendel and Jan Vandrey, this weekend.

A place in Germany’s World Championships team is at stake.

Brendel, a three-time Olympic gold medallist, was surprisingly off the pace in Poznań in both the C1 and C2 competitions.

Lisa Carrington and her New Zealand K4 team-mates have returned home, but there is still no shortage of world champions and Olympic gold medallists in action, including Portugal’s Fernando Pimenta in the men’s K1 1,000m and the aforementioned Vincent-Lapointe in the women’s C1 200m.