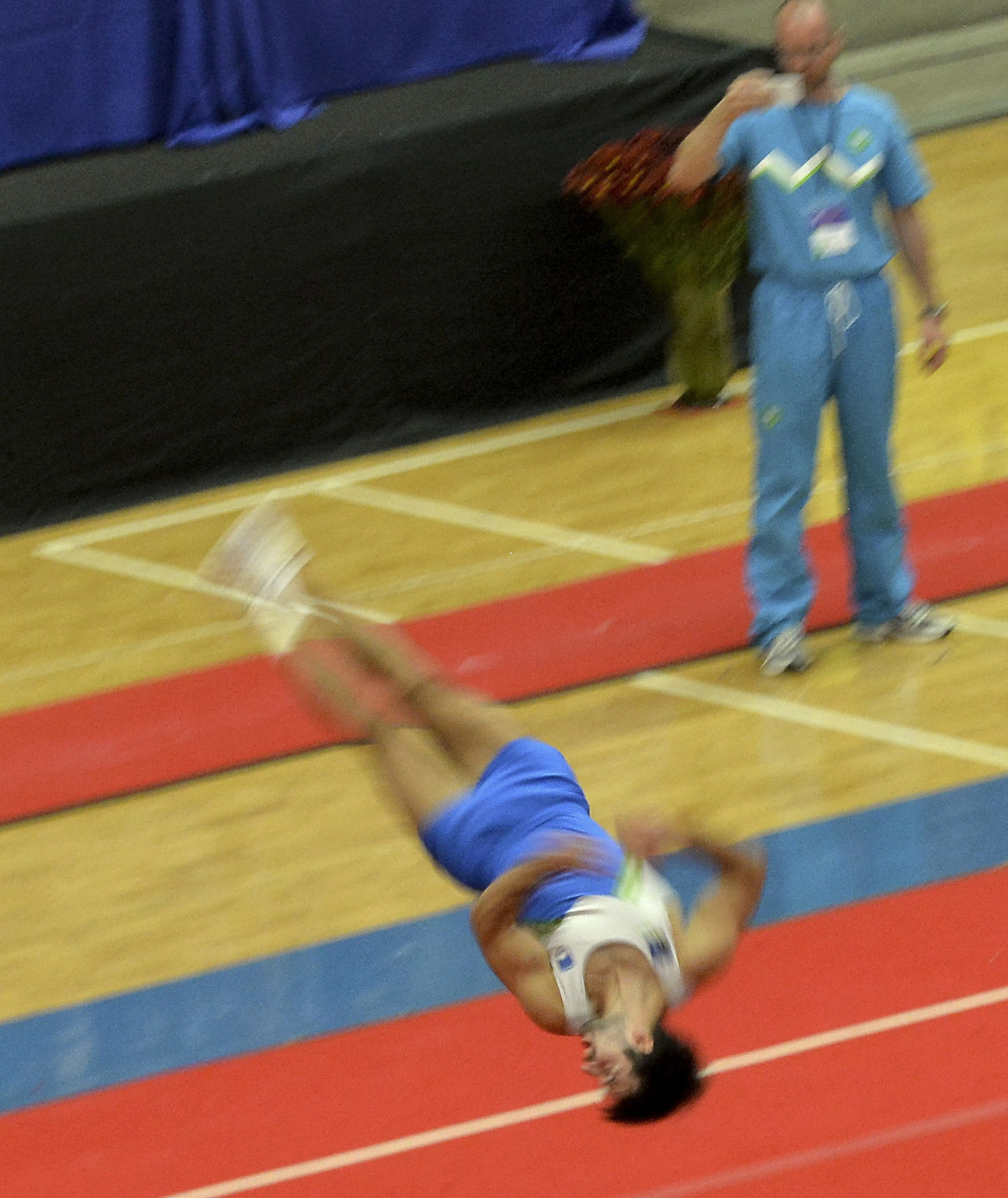 Slovenia’s Rok Klavora is determined he will not allow his latest injury to thwart his dream of finally qualifying for an Olympic Games, despite it forcing him to miss his home International Gymnastics Federation (FIG) World Challenge Cup event in Koper where action is due to begin tomorrow.

A pulled back muscle means the 30-year-old will not be able to compete in the four-day event at Arena Bonifika.

"I did a Double Arabian at the end of my practice routine on Monday (May 20) and I felt a crack in my back," he said.

"I knew straight away it was not good."

"It’s frustrating because I could have really done something," he said.

Klavora first pulled on a Slovenian national jersey in 2000 and has produced some stunning results in the intervening 19 years.

But, like several Slovenian specialists, he is yet to represent his country at the Olympics.

The new qualifying system introduced prior to Tokyo 2020, however, has offered Klavora renewed hope, with places up for grabs through multiple avenues.

Innovations have presented specialists with the opportunity to secure an Olympic spot via the FIG Apparatus World Cup series, comprising eight events running from November 2018 to March 2020.

They can also do so via the 2019 World Championships in Stuttgart in Germany in October, when the top three gymnasts in each apparatus final not already qualified through the team competition will earn their place at Tokyo 2020.

"It was the main thing that kept me in gymnastics," Klavora, who won the floor exercise event at the 2017 FIG Individual Apparatus World Cup in German city Cottbus, said.

"The plan is to recover as quickly as possible, get fit and focus first on Stuttgart and then on the final World Cups.

"I am not young any more, but if I do a clean routine I know I can get a high score and be competitive with the best.

"So, with some luck, I can get to the Olympics."

Qualification in Koper is scheduled for tomorrow and Friday (May 31) before the finals are held on Saturday (June 1) and Sunday (June 2).