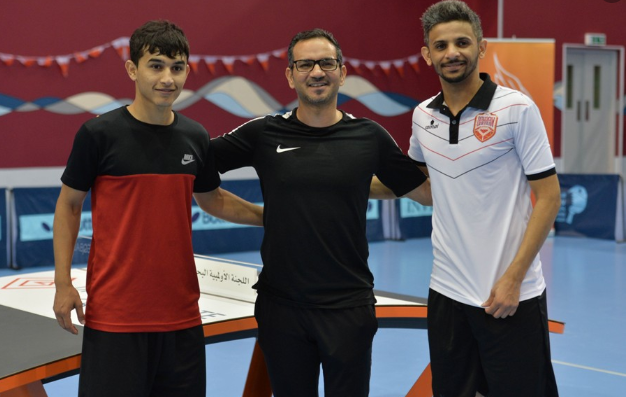 Bahrain has crowned its first teqball champions at the inaugural National Championships.

The Bahrain Olympic Committee organised a tournament of 64 players, split into 32 pairs, at the home of the Gulf State's table tennis association in Manama.

The paring of Rashid Jamal and Salman Saad came out on top, defeating Abdulla Ali and Hamed Abdulla 2-0 in the final.

Although teqball is not an Olympic sport at present, the event was attended by Bahrain Olympic Committee secretary general Mohammed Al Nusuf and other BOC officials.

Teqball is often viewed as a cross between football and table tennis.

The game is growing in popularity and is a favoured pastime of several well-known footballers such as Lionel Messi, who has been seen playing the game in videos posted on social media.