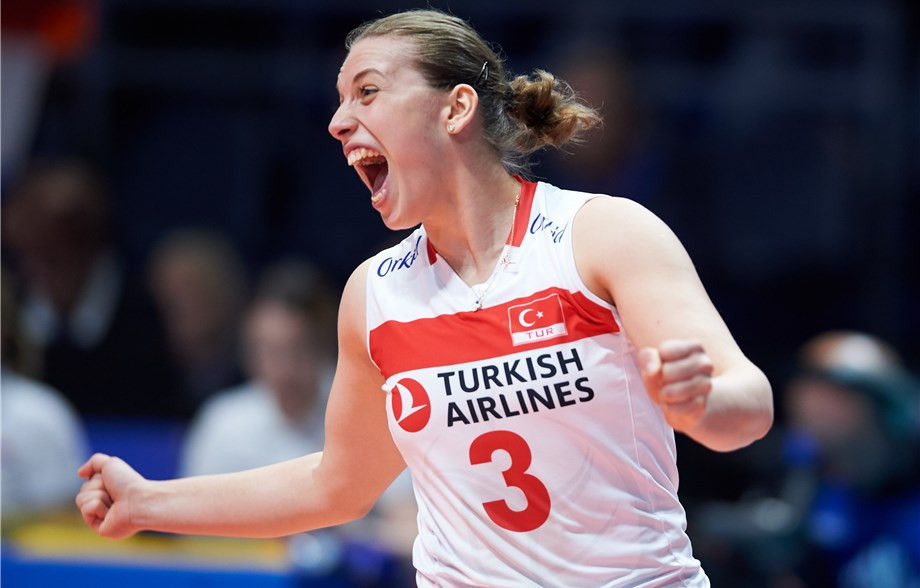 Turkey will be aiming to continue where they left off when week two of the International Volleyball Federation Women's Nations League takes place over the coming three days.

Having topped Pool Four with three wins out of three in Belgrade in week one, the Turks have now been drawn into Pool Six with Germany, Japan and Russia.

They will be competing in front of a home crowd with all six round-robin games set to be held at Başkent Volleyball Hall in Ankara.

Turkey's 19-year-old opposite Ebrar Karakurt, who leads the team's score chart and stands fifth in the overall list with 56 points, feels there is room for improvement despite an impressive start.

"I can say that we have a good shape now," she said.

"We are satisfied only with the result, not with the way we played at Belgrade in the first week of the VNL (Volleyball Nations League).

"We did some good things but at the same time we also made some terrible mistakes.

"On the last day, we played a very strong and good team in Serbia in front of their fans, but we did what we wanted and had planned against them and won the match.

Belgium @BelYellowTigers 🇧🇪 can win three consecutive matches in major competitions at world level for the first time since 2014, when they won three in a row in the World Grand Prix.#VNL #BePartOfTheGame #Volleyball #VNLWomen pic.twitter.com/iPFuuatHLS

Turkey share an identical record with the United States, who they lost to in last year's final.

After winning all their Pool Two matches in Bulgarian city Ruse, the US have been pitted against the Dominican Republic, hosts Italy and world champions Serbia in Pool Five at Zoppas Arena in Conegliano.

Italy also went unbeaten in Pool One in Opole in Poland but dropped two sets – one more than Turkey and the US did.

Pool Seven is made up of Belgium, hosts China, South Korea and Thailand with action taking place at Macau East Asian Games Dome.

Completing the line-up are the Pool Eight entrants of Brazil, Bulgaria, hosts the Netherlands and Poland, all of whom will compete at Omnisport Apeldoorn.

The pools will be rearranged again next week, with the same thing happening each week for five weeks.

The top five teams after the end of the pool stage will qualify for the final round.

That will take place at Nanjing Olympic Sports Centre.