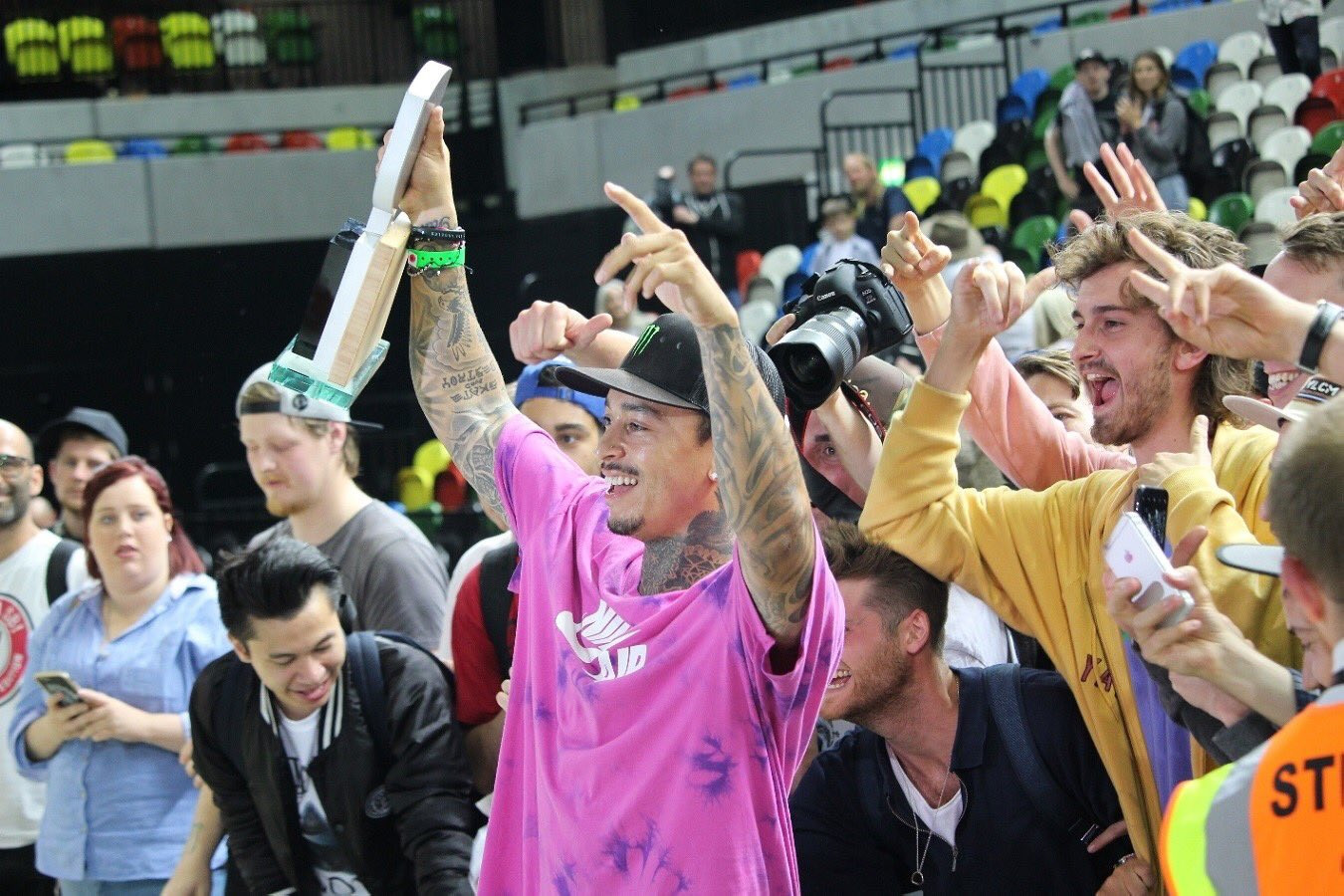 The American's run yielded 0.8 points more than second-place Gustavo Ribeiro of Portugal, who ended on 35.9 points.

Shane O'Neill of Australia did enough for third on 34.8 points.

The victory added to Huston's recent dominance of the men's street event as he continues to send a message to the rest of the field prior to the sport's debut at next year's Olympic Games in Tokyo.

Brazil's Pamela Rosa triumphed in the women's event as she edged out Australia's Hayley Wilson by 0.1 points.

The SLS World Tour forms part of the qualification process for the men's and women's street events at Tokyo 2020.