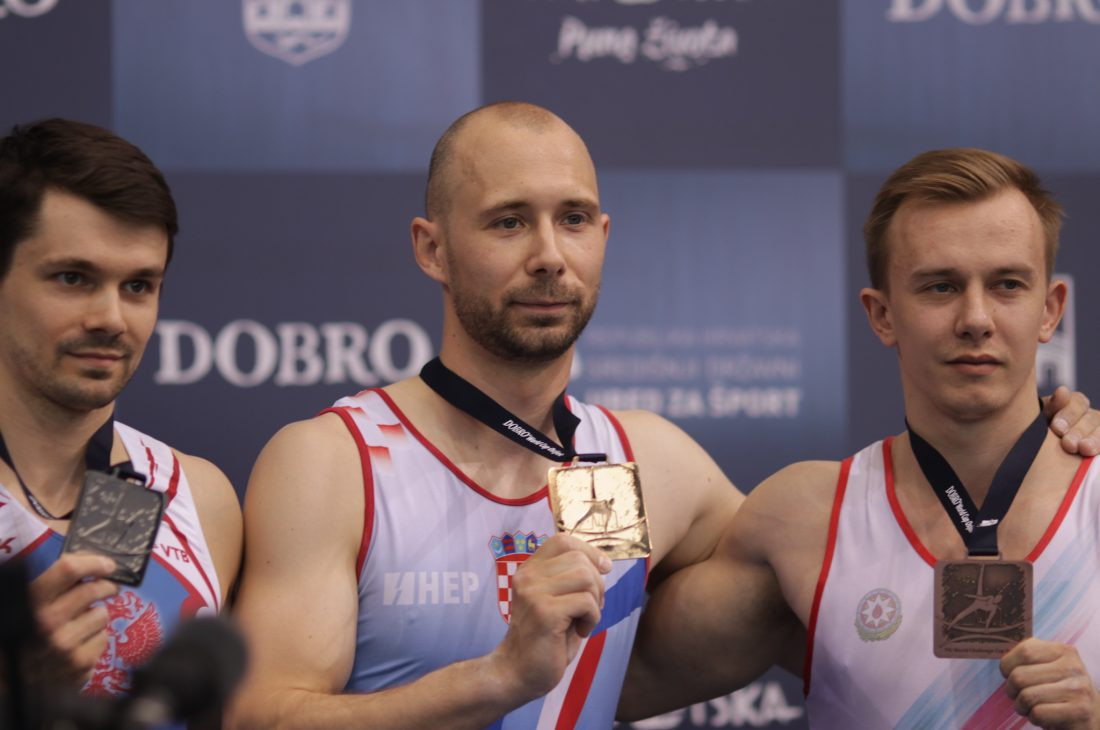 The 33-year-old’s dream of winning an international title on home ground came true thanks to a final score of 14.533 points, with Russia’s Nikolai Kuksenkov taking silver with 14.300 and Azerbaijan’s Ivan Tikhonov winning bronze with 14.000.

Having finished as top qualifier, the experienced Seligman calmly repeated the process today.

“As I announced, I felt that I could win this year,” Seligman told osijeckgym.com

“Now that it happened, it is as if a great stone fell from my heart.

“I am aware that I am 33 years old and that I will perform and fight for the podium for another year, but I would be really sorry that I did not win a gold medal in my city.”

Lithuania claimed gold in the men’s parallel bars final thanks to Robert Tvorogal, who scored 14.067.

Slovenia claimed gold in the women’s vault through Teja Belak, with 13.900.

The second day of finals tomorrow will feature another home athlete who topped qualifying – Tin Srbic in the high bar.

Ana Djerek will also carry home hopes in the women’s floor and beam.