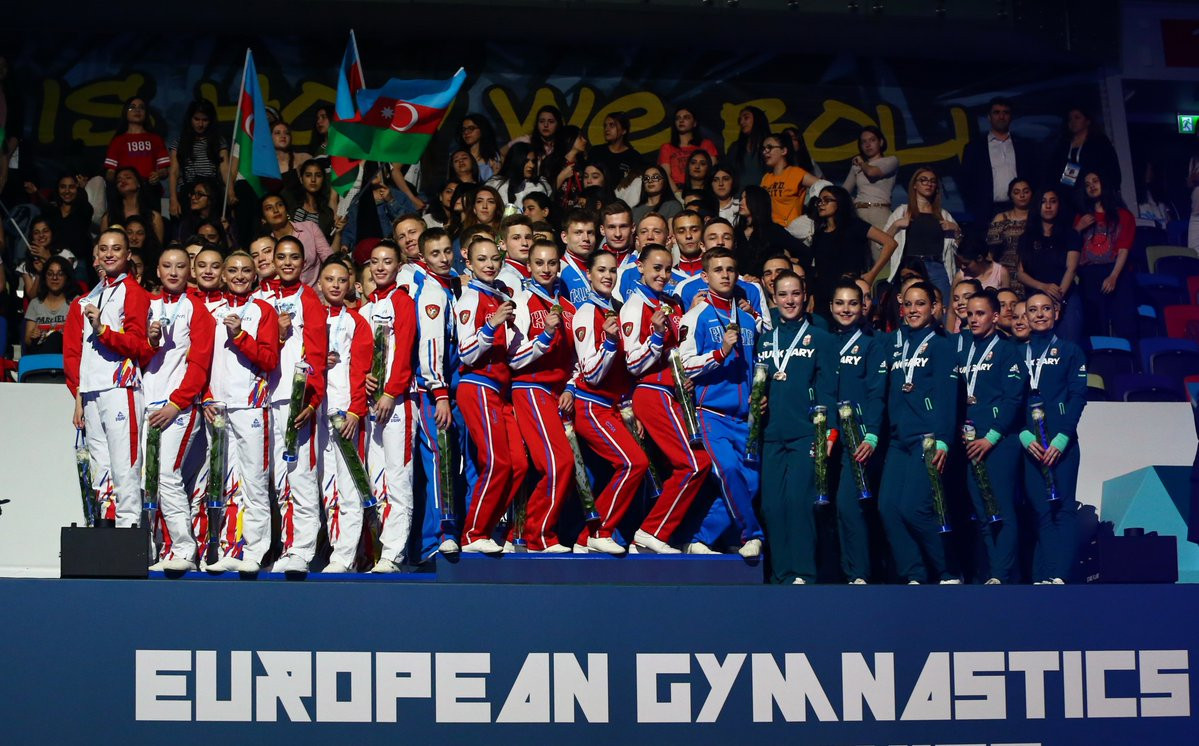 Russia dominated the qualifying round of the Aerobic Gymnastics European Championships in Baku and were awarded the team gold medal.

The team medals were decided entirely from the qualification results, with Russian athletes achieving the highest scores in the men, women and aero dance events.

Roman Semenov led qualifying in the men's competition after recording a score of 21.950.

Russian gymnasts finished first and second in the women's event, after Ekaterina Pykhtova scored 21.300 and Tatyana Konakova got 21.050.

Turkey's Ayse Begum Onbasi sat in between the two with 21.200.

Russia ended a successful day by topping the aero dance qualifying with 17.400.

The finals will take place tomorrow.