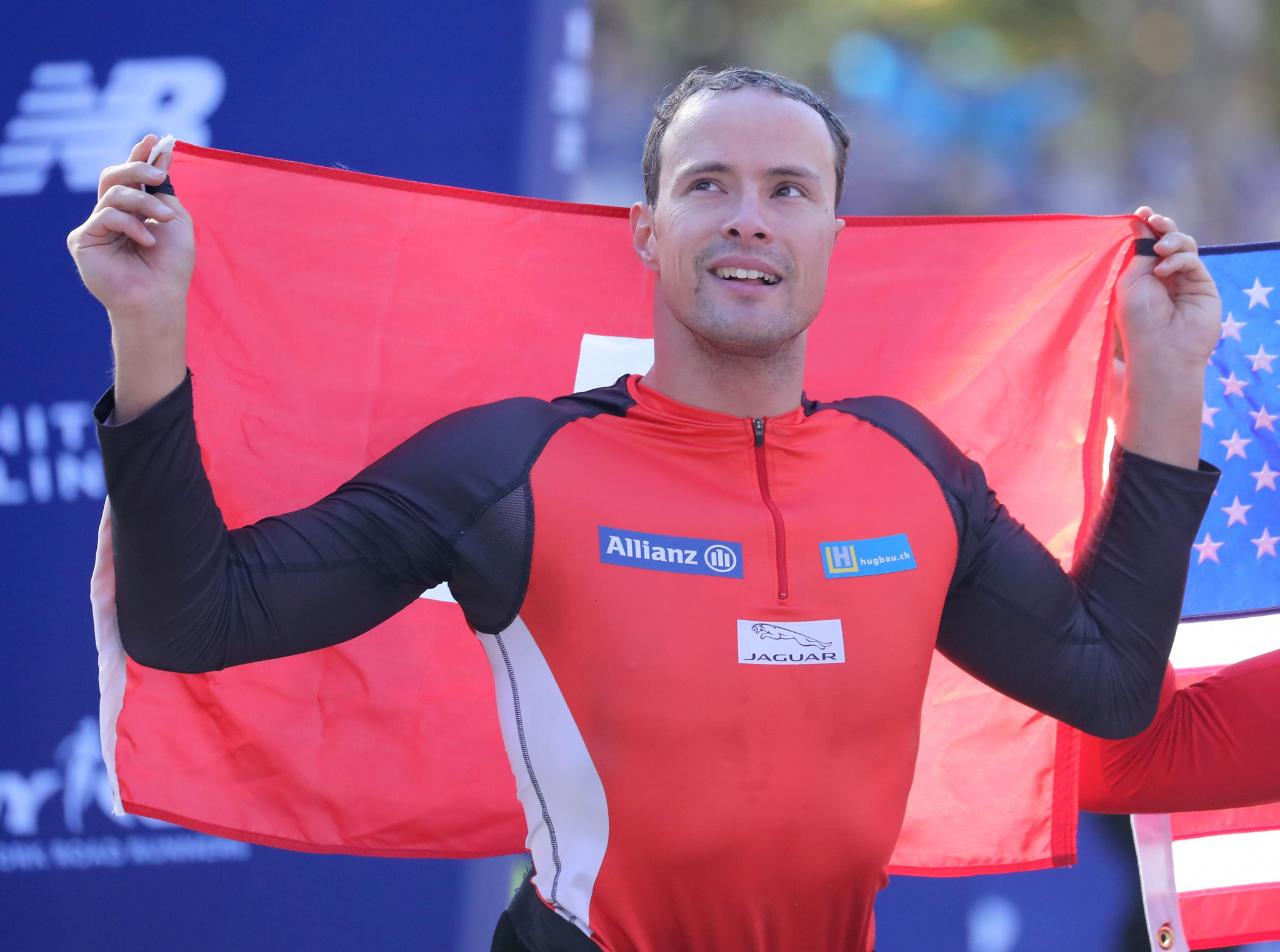 Wheelchair racing legend Marcel Hug reigned in the rain at Nottwil in Switzerland today as he held off the rising talent of 20-year-old Daniel Romanchuk in the T54 1500 metres at the World Para Athletics Grand Prix.

Cheered on by his numerous home supporters, Hug beat his young American rival to the line in 3:02.69, with Romanchuk clocking 3:03.17.

“To win this race means a lot, especially with my home crowd here,” he told World Para Sport.

“But it was really tough.

“Daniel was so strong and I just to hold him on the outside of the lanes so he had longer to push.

“I’m happy that I had more power than him.”

Romanchuk has been amassing an astonishing record in marathon racing in the past year, registering wins in Chicago, New York, Boston and, last month, London, where  he beat previous winner Hug into second place.

In an event where there were 55 entrants – either in the T54 or T53 category – Hug only finished fourth fastest on the day after the final race for the top-seed racers was affected by a sudden downpour.

China’s Zhang Yong produced the fastest time of the day, 2:57.45, in an earlier race.

There are no medals in the Grand Prix, although winners of each race do receive a gift.

Meanwhile, Norway’s Salum Ageze Kashafali, competing in his first Para athletics event, settled for another runaway win in the T12 100m event for visually impaired runners, clocking 10.61sec – only three hundredths off the world record he had set the previous day in better conditions.

After the astonishing statistic of seven world records being set on the opening day, day two had to get by without any.

Vanessa Low's T61 long jump of 5.26m was a massive personal best and world lead which would have been a world record but for a wind reading over the legal limit.

In the men’s F41 shot put, Germany’s Paralympic champion Niko Kappel produced an outstanding performance as his winning effort of 14.01 metres  was just 1cm off his personal best.