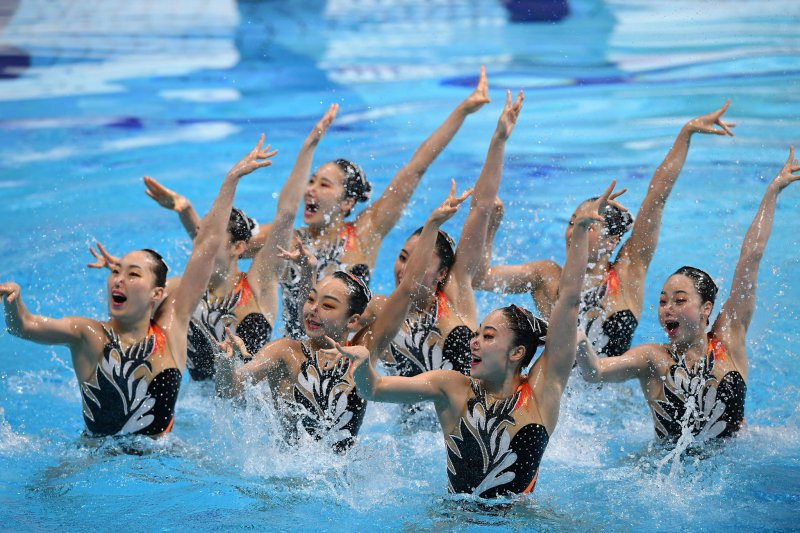 Their first victory came in the free duet event at Greensboro Aquatic Center.

Yukiko Inui and Megumu Yoshida achieved 92.3083 points with their routine, pushing Canada’s Jacqueline Simoneau and Claudia Holzner into second after they finished with 89.4500.

Inui continued her success in the technical solo event, triumphing with 91.8795, while Simoneau received another silver with 88.2067.

Colombia, making their season debut in the solo and team events, secured a bronze medal through Monica Arango for her score of 79.0542.

Japan dominated in the technical team with an impressive 92.0689 points.

Their nearest opponents were the United States with 85.5973, while Colombia claimed bronze with 75.7722.

The competition will continue tomorrow with the technical duet, free solo and the free team.