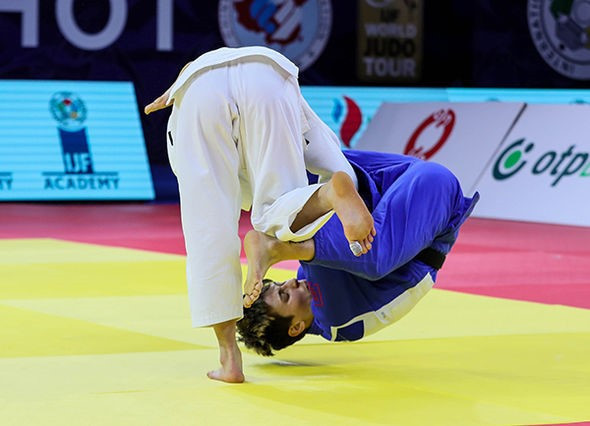 The 18-year-old, who was making her first start of the season, beat Switzerland’s Evelyne Tschopp with a textbook uchi-mata in the final at Inner Mongolia Stadium.

She scored ippon with her favoured technique after 90 seconds to extend to 37 contests her winning streak on the IJF World Tour.

The first bronze medal was awarded to Canada’s Ecaterina Guica after Israel’s Gili Cohen, who initially led with a waza-ari score, sustained a knee injury after being thrown for a waza-ari score and could no longer continue.

The world number 113 picked up two shidos after making a lethargic start but improved as the contest entered the final minute.

She eventually broke the deadlock with 25 seconds left, via a waza-ari score from a ko-soto-gake, and held on for her first IJF World Tour triumph.

Germany’s Katharina Menz and Israel’s Shira Rishony were the bronze medallists at the expense of Russia’s Sabina Giliazova and China’s Li Yanan, respectively.

There was also success for North Korea in the women’s under-57kg category after Asian-Pacific Championships winner Kim Jin A struck IJF gold for the first time in her career by overcoming Russia’s Daria Mezhetskaia in the final.

Mezhetskaia was denied a first IJF title by the world number 33 and first-time IJF finalist, who backed up her silver medal-winning performance at last year’s Asian Games in Jakarta and Palembang by topping the podium.

There were also two gold medals for South Korea today thanks to success for Kim Won Jin and Kim Limhwan in the men’s under-60kg and under-66kg divisions, respectively.

He added a touch of class to proceedings in the men’s lightest weight category as he secured his fifth IJF Grand Prix crown with a sensational hane-goshi for ippon in his first competition of the year.

Grigoryan was penalised in added time for passivity, which was his third offence, and the Russian had to settle for the silver medal as world number 41 Kim claimed his second IJF win and first since 2016.

Action in Hohhot is due to continue tomorrow.