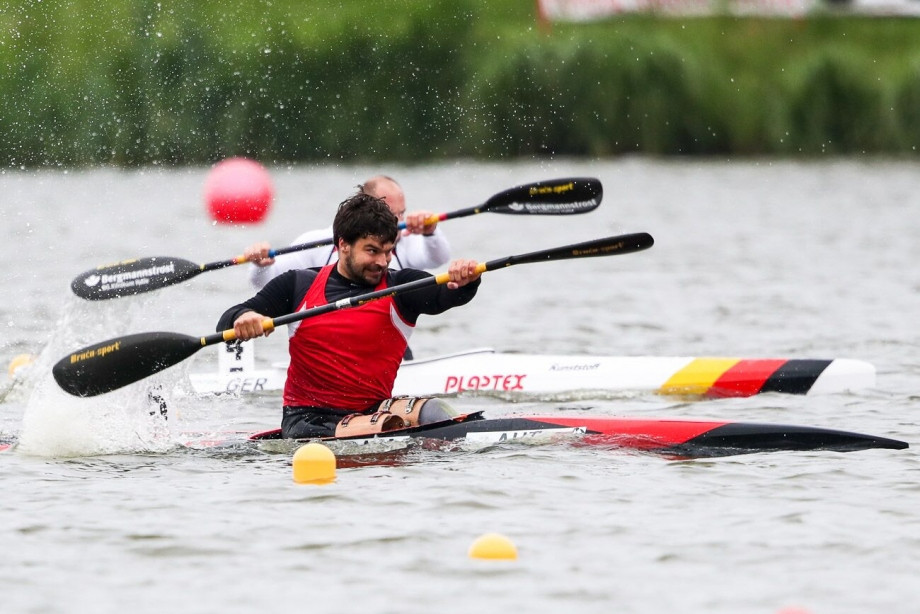 Strong winds and choppy waters made for difficult conditions as the International Canoe Federation (ICF) Paracanoe World Cup in Poznań got under way today.

Among those impressing in the early rounds at the Polish city’s Malta Canoe Course were Ukraine’s Serhii Yemelianov, Great Britain’s Charlotte Henshaw and Poland’s Katarzyna Sobczak.

Yemelianov has dominated the men’s KL3 event since before the Rio 2016 Paralympic Games and he was untroubled in winning his heat in 40.154sec.

Sobczak, meanwhile, is making a third attempt at qualifying for a Paralympics, after missing out twice as a swimmer.

She looked strong in winning her women’s KL3 heat in 51.974 in front of her home crowd.

As for world champion Henshaw, she was a convincing victor in the women’s KL2 heats in 48.928.

This is despite her still recovering from wrist surgery in the off-season.

Among today’s other heat winners was Austria’s Markus Swoboda in the men’s KL2.

"I’ve gained a lot of weight but there is still another three months until the World Championships and one and a half years until the Paralympics," Swoboda said.

The first gold medal of the event in Poznań went the way of Russia’s Larisa Volik in the non-Paralympic women’s VL3 race.

Volik, who has won the past two VL3 world titles, had to fight off a strong finish by Ukraine’s Nataliia Lahutenko to snare victory in 59.832.

There were also finals in two other non-Paralympic events, the women’s VL1 and men’s VL1.

The ICF ParaWorld Cup will be the only major international event for most of the world’s top paddlers before this year’s ICF Paracanoe World Championships, which are due to take place in Hungarian city Szeged from August 21 to 24.

Action in Poznań is scheduled to continue tomorrow.