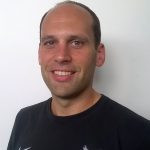 ParalympicsGB have confirmed their core sports science and sports medicine team for Tokyo 2020 - with a key role for Dr Tom Paulson, the English Institute of Sport’s head of Paralympic performance support.

The announcement sees seven English Institute of Sport (EIS) staff named by the British Paralympic Association (BPA) as part of the team of doctors, nurses and physiotherapists who will form the core sports science and sports medicine team for ParalympicsGB at Tokyo 2020.

Paulson has been confirmed as performance services manager by the BPA.

He will lead the team working across the pre-Games preparations in Japan and at the Games in Tokyo, holding this post alongside his day-to-day role at the EIS.

Prior to taking up the head of Paralympic performance support role, Paulson was a senior performance pathway scientist at the EIS, responsible for the creation and delivery of the "Para Transitions Programme" in collaboration with discipline experts from within the Institute and the BPA.

Paulson said: "I’m delighted and proud to be confirmed as Performance Services Manager.

"There is a huge amount of knowledge and experience within the Institute which is being used to prepare athletes and coaches for Tokyo.

"I’m looking forward to being part of the wider team in Tokyo and playing a part in providing world-class support to the ParalympicsGB athletes."

Paulson has been confirmed alongside a number of EIS colleagues.

Physiotherapist Katie Collis will be at the pre-Games preparation.

While Dr Stuart Miller has already been named as chief medical officer, it has been announced that he will be supported by EIS colleagues Dr Kate Strachan and Dr Jim Kerss.

Dawn Ibraham has been named as lead physiotherapist and Tom Hignett is one of two other physios in Tokyo.

Kevin Currell, EIS director of science and technical development, added: "We are happy and proud that the EIS can partner with the BPA to deliver exceptional support for the team in Tokyo."

The Paralympic Games at Tokyo are due take place from August 25 until September 6.