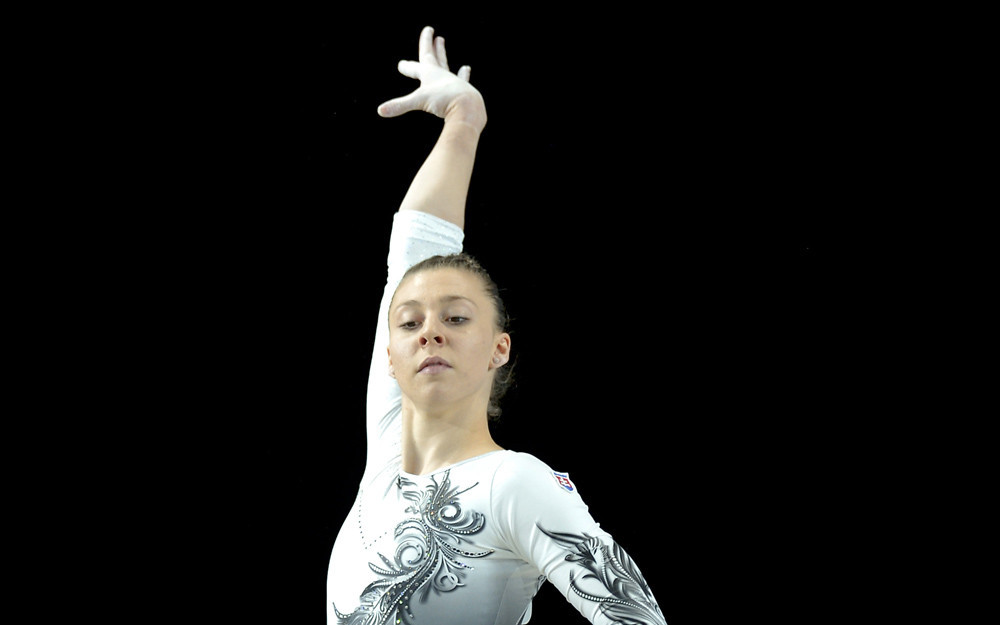 It was 12 months ago that Mokošová won her first major international gold medal when the series stopped in Koper in Slovenia.

Victory in the uneven bars was part of a succession of impressive results as she claimed a further five podium spots and two fourth-place finishes over the course of three FIG World Challenge Cup events held in Eastern Europe from May to September 2018.

That was enough to hand her the overall uneven bars series title for last year and place her second in the floor exercise standings behind Beijing 2008 and London 2012 Olympian Dorina Boeczoego of Hungary.

"Wow, it was amazing," Mokošová said of her win in Koper.

"I was always dreaming about winning a gold medal and my dream came true."

She added: "I love this series.

"I like to show off my routines and my hard work.

"It gives me a lot of experience too."

Mokošová first pulled on a national leotard in 2006 and despite competing in four World Championships and six European Championships since, it is events like the FIG World Challenge Cup at Osijek's Gradski vrt Hall which currently offer her the best chance of international success.

"I have competed in Osijek a lot of times and I got some of the best results of my career here," said the 22-year-old, who finished second on uneven bars, second on balance beam and fourth on floor exercise in the city in 2018.

"This place is special for me.

"I like the atmosphere, it’s so friendly, and it’s not far from Slovakia.

"It’s definitely one of my favourite competitions."

Mokošová, however, nearly did not make it to the event.

She was in a training camp in Hungary late last year when she fell from the balance beam and severely tore the ligaments in her right ankle.

Immediate surgery took place with doctors declaring that it was the only way she could return to a "high level".

Mokošová now claims her ankle is "perfect" and will be among the gymnasts representing 30 nations in Osijek from tomorrow through to Sunday (May 26).