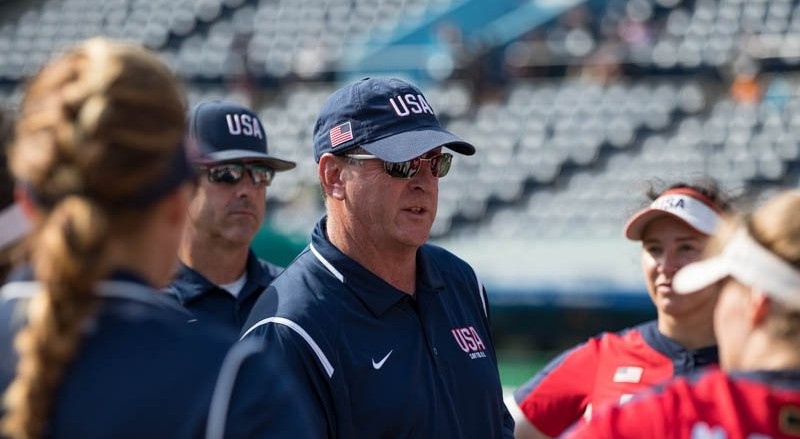 USA Softball have announced Ken Eriksen as head coach of the women’s softball team for next year's Olympic Games in Tokyo.

Eriksen’s nomination does not come as a surprise having been the women’s national team leader since 2011.

USA Softball chief executive Craig Cress praised the work of Eriksen in continuing to develop the team despite softball's absence from the Olympic programme since Beijing 2008.

"Ken Eriksen has a proven track record in not only leading our Women’s National Team program to the top of the podium, but also maintaining that success and developing world-class athletes," Chess said.

"His accolades speak volumes and in the 11 years that softball has been off the Olympic programme, he has been a constant for our women’s national team.

"He has built upon the legacy established before him, and we are confident that he will guide the team to the gold in 2020."

The former men’s fast pitch player began coaching within the USA Softball programme in 2002 and currently serves as head coach at the University of South Florida.

Japan beat the US in the Beijing 2008 final, the last time softball featured on the programme.

Eriksen led the women’s team to gold at last year’s World Championships at Chiba in Japan, earning them a place at Tokyo 2020.

It was the second world title won under Eriksen’s leadership, following success in 2016 and silver medals in both 2014 and 2012.

"I am proud to be selected as the next head coach to lead Team USA to its re-entry into the Olympic Games in Tokyo 2020," Eriksen said.

"It goes without saying that if you don’t have people and an organisation that believes in you none of this is possible.

"Thank you to the USA Softball national team selection committee and Board of Directors.

"To be handed the keys to this programme back in 2011 after all the great players retired from Team USA was a challenge and an honour.

"Winning the World Championship and the Olympic bid in 2018, it was an affirmation of how Team USA has approached and prepared for the biggest stages since our first national team programme was put on the field.

"We hope to continue to represent the red, white, and blue in the class manner that we have."

Eriksen has also led the US team to a Pan American Games gold medal in Guadalajara in 2011, as well as silver in Toronto four years later.

The US team have won 52 matches in international competitions under Eriksen’s leadership and suffered only four defeats.

The US and hosts Japan are the only two teams to have qualified for the six team tournament to date, with three qualifying events set to decide the remaining places.