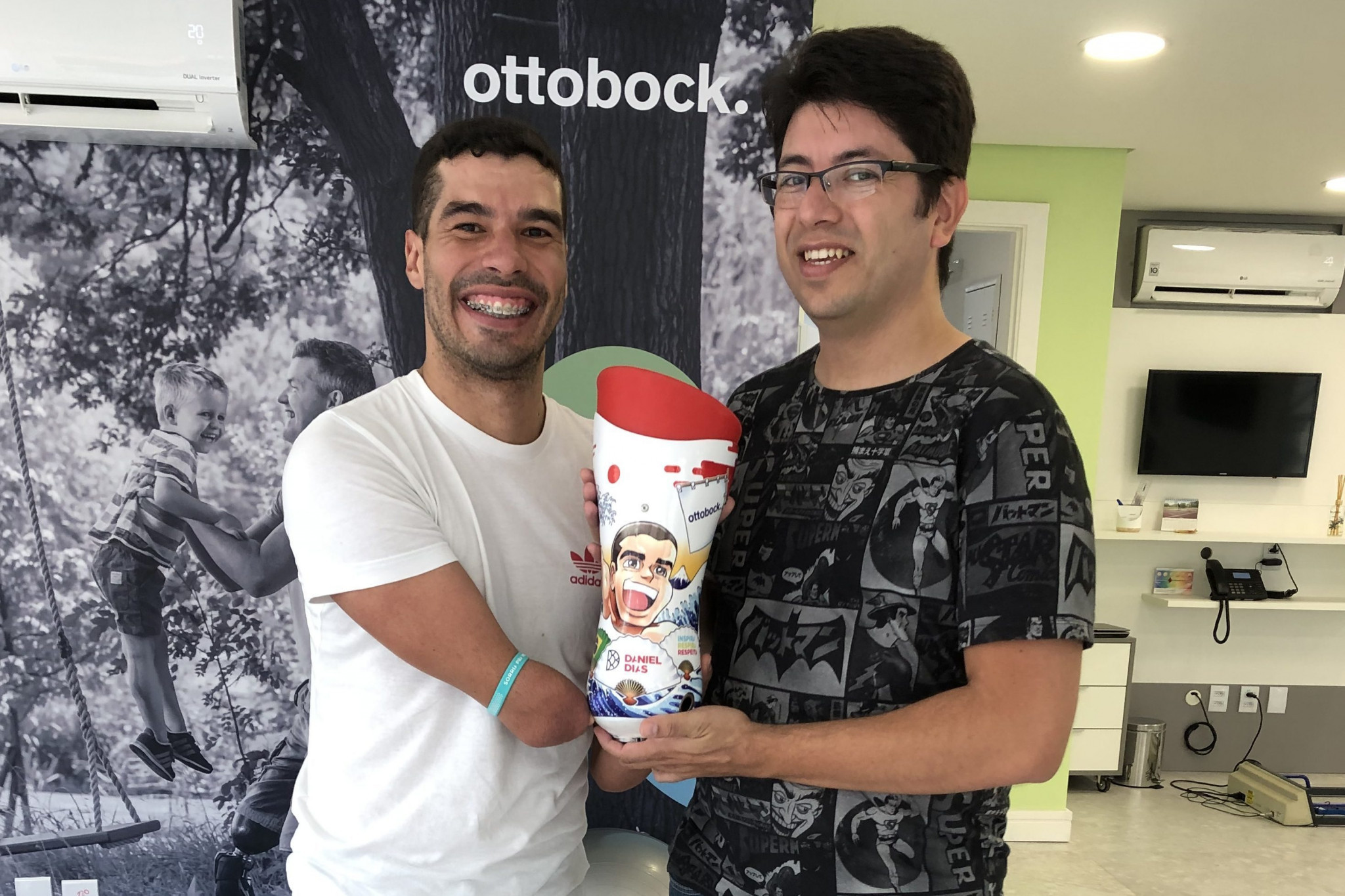 Dias, who has also won seven silver and three bronze Paralympic Games medals, has received a special prosthetic leg from Ottobock featuring a manga version of himself.

The Brazilian is one of the ambassadors of the worldwide Paralympic partner, the world-leading supplier of innovative solutions for people with limited mobility.

He received the new gift in São  Paulo from manga artist Michel Borges.

"I have a very particular relationship with my prosthesis," Dias told paralympics.org

"It is literally part of me.

"What a better way to get support for the Tokyo Paralympics than this?

"I would like to thank Ottobock for the partnership and to give me such a beautiful prosthesis.

"It is cool and comfortable.

"This technology makes a lot of difference in my quality of life.

"I'm flattered by the affection they had to design it."

São Paulo is home to the largest Japanese community outside of Japan and Borges is one of Brazil’s main illustrators of manga, the comic style born in the Asian country.

Borges revealed his inspiration to draw the prosthetic leg came from Dias’ sport and a famous Japanese print.

"I got inspired by Daniel’s sport, swimming, and a well-known piece from the 19th century called the Great Wave of Kanagawa," Borges said.

"It is very traditional and iconic.

"As the Games will be in Japan, it also refers to the battle athletes face – especially Daniel, who faces different challenges."

This was the first time the artist has had the chance to create an illustration for a prosthesis.

"I like to get out of the basics and it was very new to me to make an artistic intervention on a prosthesis of a Paralympic athlete like Daniel," Borges added.

"I was excited when Ottobock contacted me and said yes immediately."

Ricardo Oliveira, Ottobock Brazil managing director, claimed the company wanted to create a symbol of the desire for success of the athlete in preparation for the Games in Tokyo next year.

"Ottobock is celebrating 100 years in the world market.

"An industry that brings high-tech prosthesis and orthosis so that not only athletes, but also anyone else can seek independence."

Dias, meanwhile, is readying himself for this year's World Para Swimming Championships in London in September, a step further in the preparation to his fourth Paralympics.

"I am already in the mood for the Games," Dias said.

"Congratulations to Michel for the design.

"I loved my manga version - I look prettier and younger!"