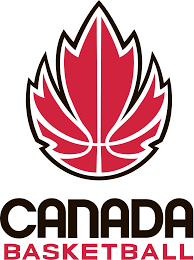 The deal will see Red Bull become the "energy and event partner" of the governing body's 3x3 division.

Increased support for the format has been promised while teams playing in the national 3x3 Red Bull Reign series will have the chance to enter the 3x3 Canada Quest circuit.

It comes with 3x3 basketball set to make its full Olympic debut at Tokyo 2020 and its Commonwealth Games bow at Birmingham 2022.

Earlier this month, USA Basketball announced a series of qualifying events hosted by Red Bull would determine the four men and four women who will represent the United States in 3x3 in Tokyo.

"We are excited to join forces with Red Bull to help develop 3x3 basketball in Canada," said Glen Grunwald, the President and chief executive of Canada Basketball.

"Through this partnership, the 3x3 Canada Quest and Red Bull Reign will provide more opportunities than ever before for Canadians to participate in 3x3 events from coast to coast."

The Canada Quest circuit features eight stops across the country and the chance for Canadians to reach the International Basketball Federation (FIBA) 3x3 World Tour.

Two winning teams from select Red Bull Reign events will now get the opportunity to qualify for the 3x3 Canada Quest Finals and with it the chance of reaching the FIBA events.