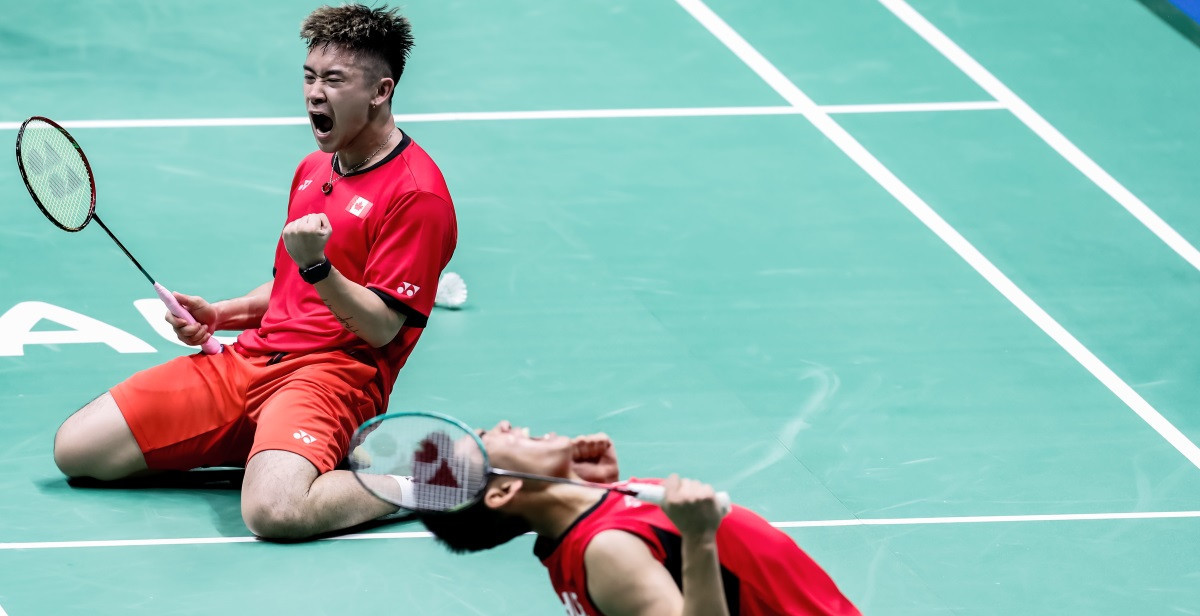 China offered first evidence of their intention to regain the Badminton World Federation’s Sudirman Cup on the home ground of Nanning today as they beat Malaysia 5-0 in the opening round of matches to lead Group 1D on a day when Canada provided the main drama.

This world mixed team championship, with teams combining scores from men and women’s singles and doubles matches and a mixed doubles, will see top seeds Japan – seeking a first title – starting their campaign tomorrow in Group 1A against Russia.

England’s Chris and Gabrielle Adcock won their mixed doubles against Indonesia’s Praveen Jordan and Melati Oktavianti 21-17, 21-18, but the Indonesians won the overall match 4-1 to take a lead in Group 1B.

In the other top group match today, in Group 1C, Chinese Taipei earned a 3-2 win over Hong Kong, and will next play defending champions South Korea.

The Netherlands beat Vietnam by the same score in Group 2A.

Also in Group 2A, France beat the United States  4-1, while in the second Group 2B match Germany defeated Israel 3-2.