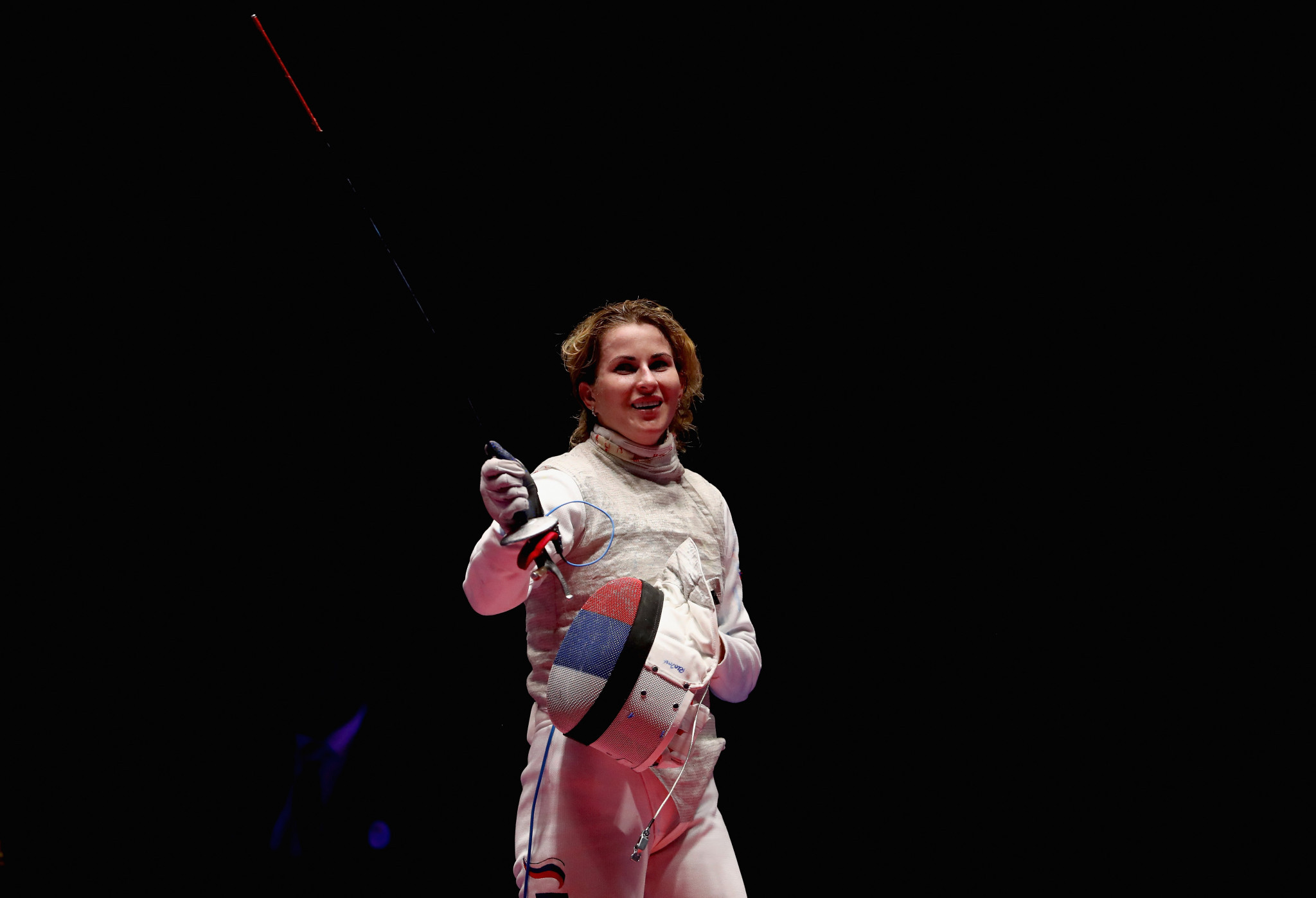 The 29-year-old Deriglazova, who topped the podium at Rio 2016 and is a four-time world champion, saw off Italy's reigning world champion Alice Volpi in the final in the Chinese city.

It was a battle between the holders of fencing's two biggest prizes at Jingan Sports Centre and the Russian prevailed 15-10.

She had earlier defeated another Italian, Arianna Errigo, by the same scoreline in the semi-finals.

Volpi booked her place in the final with a 15-9 success against American Lee Kiefer.

Foconi, who like Volpi was crowned world champion in Wuxi in China last year, edged out Nick Itkin of the United States 15-14 to seal his title.

He progressed to the final by beating Hong Kong's Chun Yin Ryan Choi 15-11, while Itkin defeated Timur Safin of Russia 15-7.

A Grand Prix in sabre will next be held in Moscow between May 24 and 26.