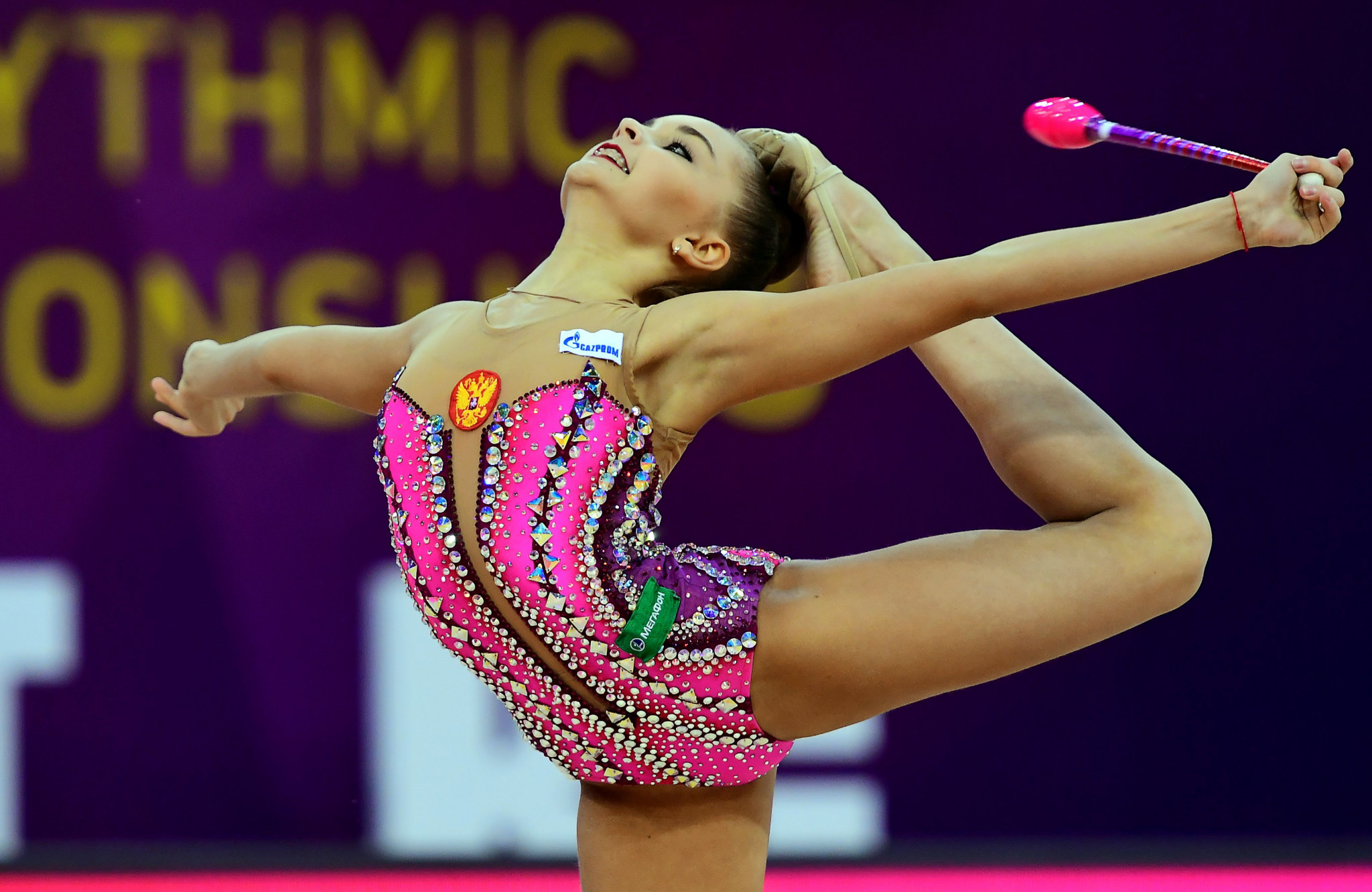 The Russian star scored a total of 23.200 to pip her sibling to the continental title at National Gymnastics Arena.

Dina Averina was forced to settle for silver after her routine was rewarded with 22.950 points.

The bronze medal was claimed by Ukraine's Vlada Nikolchenko, who was third on 22.475.

Arina Averina secured her second individual title in the ball final as she scored 22.850 to lead a Russian one-two.

Aleksandra Soldatova, world champion with the ribbon, posted 22.050 to take silver, while bronze went to Boryana Kaleyn of Bulgaria on 21.800.

Dina Averina did not finish empty-handed, however, as she topped the podium in the hoop and ribbon events.

The world champion was streets ahead of the rest of the field on a score of 23.300, over two points ahead of Belarusian silver medallist Katsiaryna Halkina, who earned 21.150 points.

Nicol Zelikman of Israel did enough for bronze on 20.950.

Kaleyn pocketed her second bronze of the day on a total of 19.750.

The five hoops team scored 24.450 points to seal the European title ahead of Ukraine and Belarus, silver and bronze medallists, respectively.

Russia returned to claim gold in the five ribbons on 21.000 as Israel finished second and Belarus took bronze.