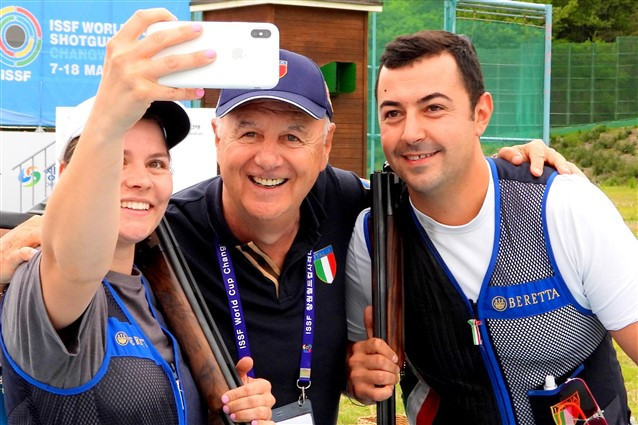 Italy’s Silvana Stanco and Daniele Resca won the trap mixed team gold after a shoot-off on the final day of the International Shooting Sport Federation Shotgun World Cup in Changwon in South Korea.

Under a new format being trialled for the event, two medal matches, for gold and bronze, took place separately.

The gold medal match was won by the Italian shooters as they beat the United States combination of Ashley Carroll and Derek Haldeman, top qualifiers with 145 out of 150 shots.

When both teams hit 42 out of their 50 targets the final moved to a shoot-off, and the destination of the medals was decided when Carroll missed a target.

Today's result meant Italy finished second in the medals table – with a gold, silver and bronze – behind the United States, which won two golds, two silvers and a bronze.

China were third with a gold and a silver.