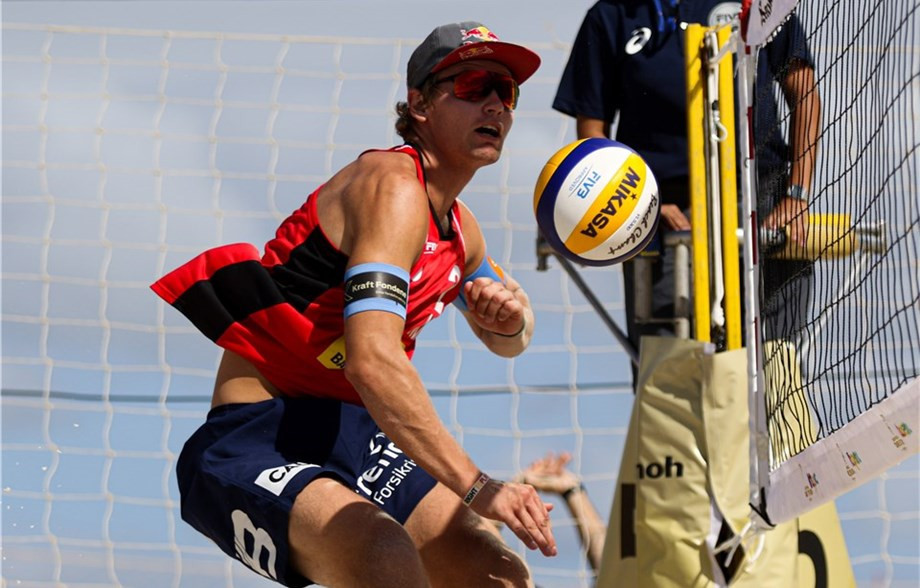 Mol and Sørum, whose first international medal as a pair came at the corresponding tournament last year, enjoyed their opening day earning straight-set victories over France’s Edouard Rowlandson and Olivier Barthelemy and Tri Bourne and Trevor Crabb of the United States.

Reid Priddy and Theo Brunner of the United States, who first played together in January, won Pool G with a 29-27, 14-21, 15-11 victory over 2017 World Championships silver medallists Clemens Doppler and Alexander Horst of Austria.

They followed the marathon win with a  21-16, 21-19 triumph over Netherlands’ Christiaan Varenhorst and Steven van de Velde.

In the second match, the duo who claimed a silver medal at the 2014 Youth Olympics and bronze at the under-19 and under-21 World Championships in 2014 and 2016 came out on top in a close contest with the new German team of Chantal Laboureur and Sandra Ittlinger with a 21-18, 24-22 scoreline.