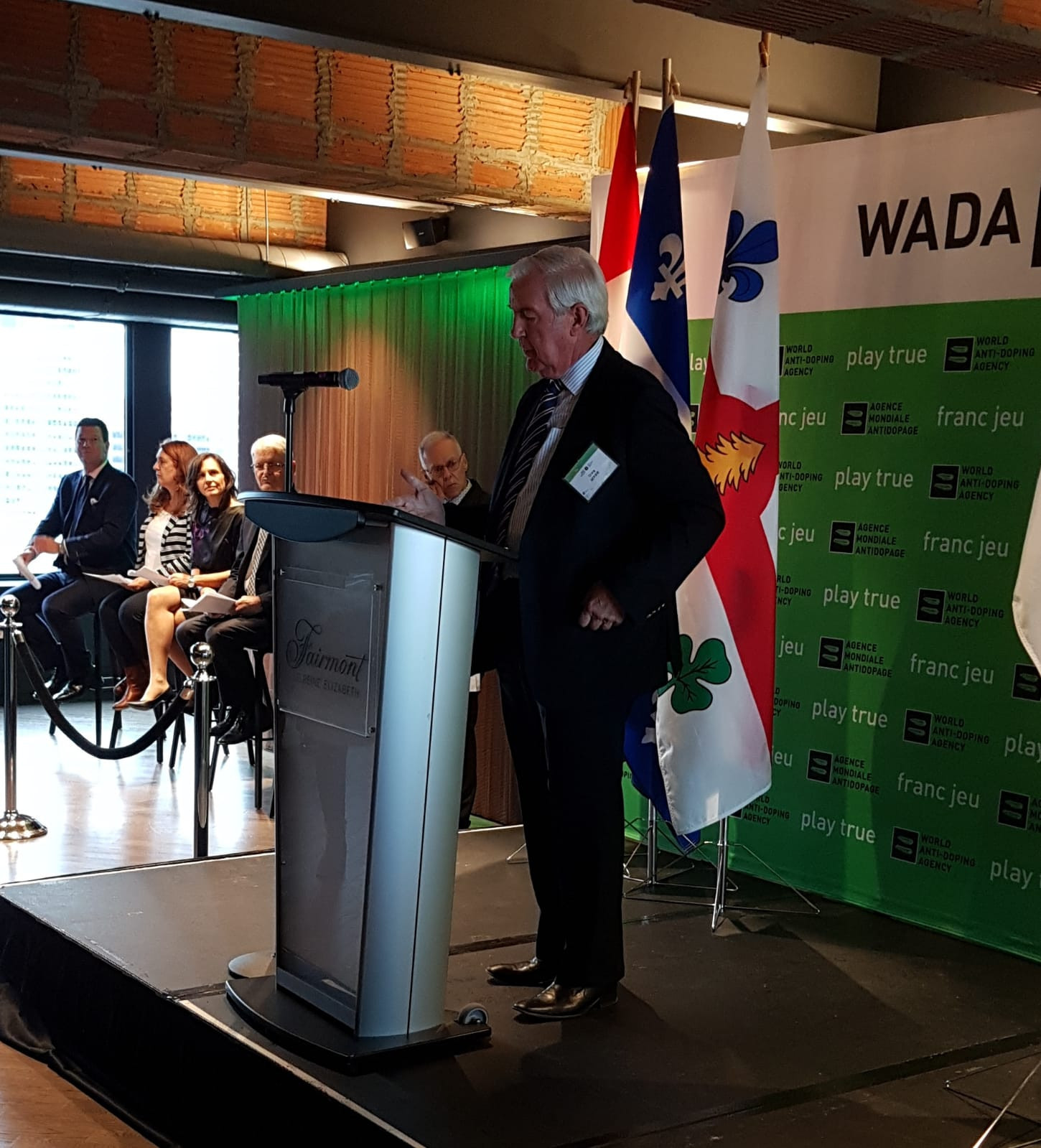 The World Anti-Doping Agency (WADA) has held a cocktail party to mark the extension of its hosting agreement with the City of Montreal through to 2031.

The event, on the 21st floor of the hotel which hosted one of John Lennon and Yoko Ono’s Bed-ins for Peace in 1969, was attended by a string of dignitaries, including Marc Garneau, Canada’s Transport Minister and Quebec Minister of Education Isabelle Charest.

Sir Craig Reedie, WADA President, said the organisation was “very pleased with this clear commitment of long-term support from the Governments of Canada, Quebec and the City of Montreal", through their partnership with Montréal International.

Montreal had, he said, proved a “successful headquarters location for us”.

WADA was “happy to continue it for at least another 10 years beyond 2021”.

Tonight, as part of WADA’s ExCo and Foundation Board meeting events, WADA and @MTLINTL are celebrating the formal hosting agreement extending and expanding the presence of the Agency’s headquarters in #Montreal, #Canada, until the end of 2031 at least. pic.twitter.com/nFWBreCEKz

Garneau said that as a “long-standing partner of clean sport” Canada recognised the “importance of the fight against doping and the protection of clean athletes”.

The Canadian Government was, he said, “proud that WADA chose to extend its stay in Montreal”.

The agreement was signed last September by Sir Craig, WADA director general Olivier Niggli and Hubert Bolduc, President of Montréal International, the body that led preparation of the city’s original bid for the headquarters in 2000-01.

As the battle against doping has intensified, WADA has increased its overall workforce more than tenfold since first setting up in Canada in 2002.